Save Serah and Cocoon.

He was voiced by legendary voice actor Troy Baker in English and Daisuke Ono in Japanese who also voiced Jotaro Kujo in JoJo's Bizarre Adventure.

Snow has light blond hair, blue eyes, and a stubble beard. He wears a black bandanna, black gloves, large gray boots, a light blue vest over a black shirt, and a striped blue scarf hanging from a belt. He wears a beige trench coat with frayed hems that functions as his weapon as it is fused with Antimatter Manipulation Principle (AMP) technology. Snow wears a cat pendant, the logo of NORA. Snow's foot size is 33 centimeters (about a foot long). His l'Cie brand is on his left forearm.

In Final Fantasy XIII-2, Snow's attire has darkened. He no longer wears his bandanna, vest or scarf, and has a shorter beard and slightly longer hair. He wears a dark red shirt under a dark gray trench coat with frayed hems. His hair is swept back and exposes his ears. He bears a new l'Cie brand from the Pulse Fal'Cie Cactuar on his left arm, closer to his elbow than his original brand. It is in its fourth stage.

During Lightning Returns: Final Fantasy XIII, Snow has straight, layered, shoulder-length hair and a short beard. He wears a formal black suit conveying his change into a harsh and serious character. His l'Cie brand is hidden by his sleeve and advanced to its thirteenth stage, though it sometimes glows through the fabric. The only elements that have remained from his previous look are his gloves, engagement pendant, and boots (albeit in a darker color). During his first battle with Lightning he freezes the axe of an Anubys for himself to wield, but it is destroyed by Lightning during their fight.

Snow is a relentless optimist and a self-proclaimed "hero" who wishes to protect and help anyone in need. Although his heart may be in the right place, his naivety and optimism rub people the wrong way. He talks and acts before thinking, unintentionally causing trouble and putting others in danger. Lightning describes Snow as "arrogant and chummy from the get-go, thinks he's everyone's pal," and that his best quality is being "too stubborn to die."

In Final Fantasy XIII-2, director Motomu Toriyama has said Snow does not have a "jealous personality", and therefore doesn't mind Serah joining with Noel Kreiss to find Lightning. Being hot-headed and reckless as ever, Snow's overall personality has not changed since Final Fantasy XIII.

During Lightning Returns: Final Fantasy XIII, though his desire to protect people remains, Snow has become the opposite of his former self: dark, jaded, brooding, and depressed. He speaks like a "broken man" and harbors the regret of failing to save Serah, locking himself away in his palace and reveling more in the city's nightlife as opposed to his duties as patron, gaining the title of "lord of the feasthall." Despite his despondent attitude, Snow remains a good person, caring for the people of Yusnaan, and sealing a massive Chaos infusion away in his palace. After being saved, he regains much of his former self. 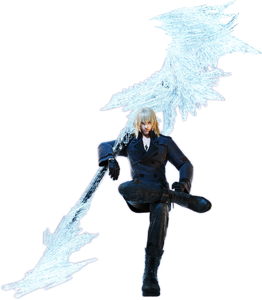 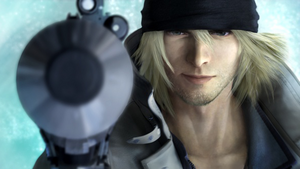