Sogetsu Kazama is one of the heroes from Samurai Shodown series.

When Sogetsu and Kazuki were babies, they were found under the bridge. It's unknown if they are really connected, but they become the ninja of the Kazama family. Sogetsu was defeated by his family to defeat a powerful water demon named Suija. After many searches, he met the devil and fought with him. With the help of his younger sister's powers, Suija was blocked by his weapons.

When Kazuki left the clan to save Hazuki, the elders of the clan ordered him to execute his brother. Sogetsu eventually found Kazuki in Amakusa's castle and allowed Kazuki to save Hazuki while he was staying to fight Zankuro. Soon after, he killed Zankuro for the second time and returned to his clan, telling his boss that Kazuki to be taken care of; in fact, he allowed Kazuki to pretend his death, so he and Hazuki could escape. Sogetsu secretly pays close attention to them in order to continue to live a carefree life. He continued to serve his family, faithfully obeying their orders and occasionally met his brother, and eventually became the clan leader of the Samurah Shodown 64-2.

In Sen, his leadership was re-adjusted and he was only a candidate for the position. However, in the idea that Sogetsu became a leader, fellow members have been torn, one side respects Sogetsu's ability, the other side is jealous and does not trust him. The sick leader, Genshinsai, asked young people to prove their worth to other tribal members in order to eliminate conflict. Sogetsu agreed and was ordered to investigate this mysterious foreign ship.

Sogetsu is a stoic and reserved youth, locking away his emotions so he can serve the part of a ninja faithfully. He loves his siblings and shows his care by sparing their lives and remaining distant, despite saying to Hazuki that she is dead in his eyes. He quietly watches over them, careful to steer other members of the clan away from their locations. This is further emphasized in Kazuki's ending in Samurai Shodown VI where he helps his siblings reintegrate into their clan. 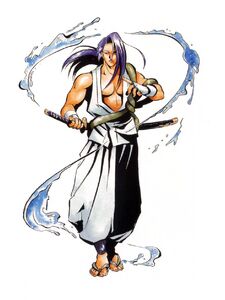 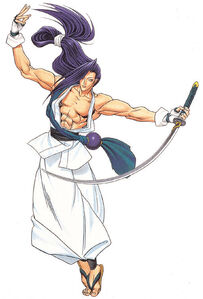 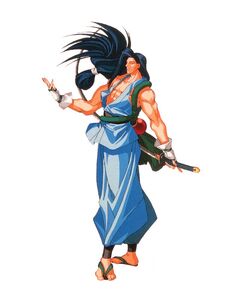 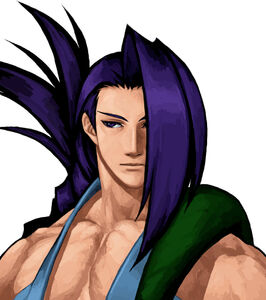 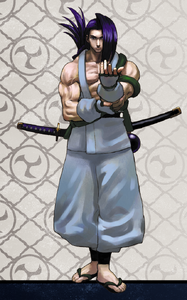 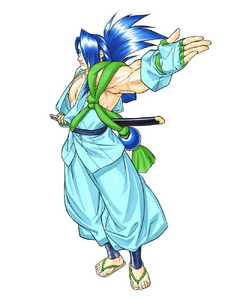 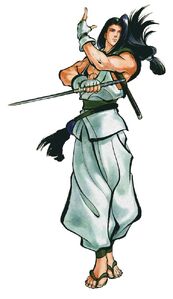 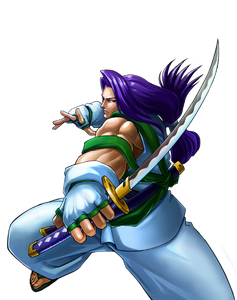 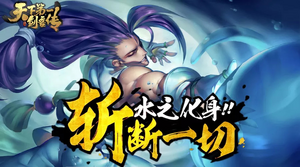 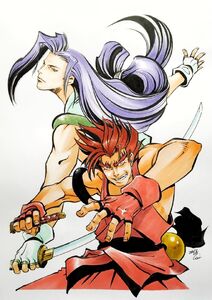 Retrieved from "https://hero.fandom.com/wiki/Sogetsu_Kazama?oldid=2062673"
Community content is available under CC-BY-SA unless otherwise noted.