Learning about occult and Japanese things

Pawn of the Villainess

Sonia Nevermind is the characters featured in Danganronpa 2: Goodbye Despair. She has the title Ultimate Princess.

She is the princess of Novoselic, which is a small European monarchy. At the end of the game, she and the other survivors managed to escape to the real world.

Sonia is a young woman in her early twenties, around 22 at youngest. Her virtual avatar in the Neo World Program appeared as her around 17 year old self.

She is a tall, young woman with long blonde hair, pale skin, and green eyes. She wears a green and white dress with a large red ribbon with a blue and silver jewel on the chest and a dark green, almost black, ribbon with diamonds in her hair. She also wears a bracelet on her left wrist, black and gray thigh high socks, and red toe-cap Mary Jane shoes.

In one of her official artworks, Sonia wears a golden dress and a white crown.

During her time at Hope's Peak Academy, she wore the standard issued school uniform with a brown vest over her white dress shirt. She also wore a brown hairband with a four-leaf clover on the right side of her hair, black thigh highs, and brown loafers. Her hair was also styled differently.

As a member of Ultimate Despair, Sonia wore a white puffy dress that had a large red rose pinned on it, and a white crown that had sharp edges on it.

Sonia is a cheerful and polite girl with a great interest for Japanese culture. Sonia is very kind and thoughtful, and she cares deeply for her friends, being very protective to those she holds deep connection to. She is also rather naïve. Sonia is fascinated with serial killers and the occult and has actually stated that she likes Friday the 13th.

While very friendly, Sonia's commands are rather assertive and captivate the undivided attention of everyone surrounding her. However in the fifth chapter, Sonia suddenly likes to curse and shout out loud when she is upset, in trouble or in deep distress. She has a rather pragmatic side that is useful during trials. Although she still tries to help as much as she can in trials, her despising the fact that she has to "doubt" her friends usually becomes a priority, implying that she is very loyal to those she genuinely cares for.

Sonia is a rather calm girl during the Killing Game, as she is one of the few participants to not panic as much, compared to the others. She states that she does not fear death, but she also won't let herself be killed nor kill any of her friends. One of Sonia's behaviors in studying Japan is to act like a normal girl. She firmly states that she wishes to be a normal Japanese girl and have friends of her own status.

Sonia is very fascinated by her class-mate Gundham Tanaka and asked to go on a rollercoaster in hell with him and during chapter 4 she went to explore with him instead of her obsessive admirer Kazuichi Soda.

In Danganronpa: Togami, as Ultimate Despair, Sonia's personality is twisted and corrupted, as shown by when she kills numerous innocent people, crushing them with her armored car. She is also shown using vulgar language and showing a great obsession for despair. Her way of speaking is reminiscent to that of Junko. 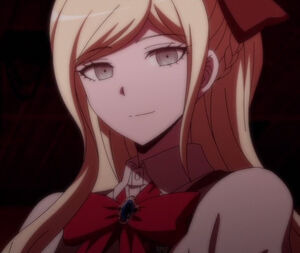 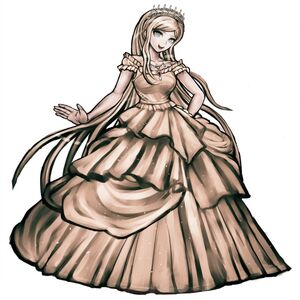 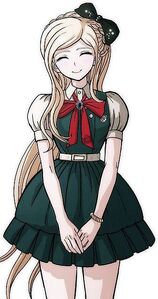 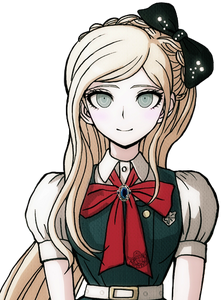 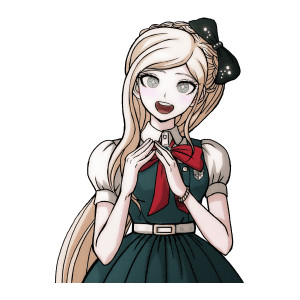