Sonia the Hedgehog is a fictional character created for the animated television series, Sonic Underground, which takes place in an alternate universe. Like her brothers, Sonia's speaking voice is done by Jaleel White, but her singing voice is done by Stevie Louise Vallance.

She is a lilac, anthropomorphic hedgehog with orchid spikes and hair of the same color. She bears a resemblance to the Sonic CD design of Amy Rose. In this universe, she is the little twin sister of Sonic the Hedgehog, the big twin sister of Manic the Hedgehog, and the daughter of Queen Aleena. Unlike her brothers, she does not have tan colored arms and stomach/chest.

In regards to wardrobe, Sonia wears a dress with a short, dark-purple skirt, and a red, sleeveless top. The two sections are separated by a gold belt that forms a pointed shape at the front with a small circle in the center of the belt.

Unlike most Sonic characters who wear gloves, hers are purple, and go up to the elbows, rather than the stereotypical white hand gloves. Sonia also wears red stockings under dark purple boots, the toes of which are a matching red.

In an alternate reality, Sonia is a member of The Royal Corrupts Hedgehogs with alternate Sonic and Manic, and is fashion-obsessed only thinking about her beauty.

As she was raised with luxury and wealth, Sonia tends to be quite high maintenance, spoiled and snotty. She hates getting dirty and constantly worries about the condition of her hair and clothes. Although she appears to be selfish, she is generally good-natured and helps those that are in need. Sonia is known to occasionally talk like a valley girl. Sonia always addresses her mother as simply "Mother" due to being raised in a polite society.

Despite all this, Sonia has been shown to like performing daring acts, such as walking on a high brick wall. She is also very athletic, and appears to be good at gymnastics. Sonia is very self-sufficient and does not hesitate in taking on any threat or challenge that she may encounter, often coming out on top. She likes to think things through and on many occasions, has helped her brothers out of their own troubles (although she sometimes thinks of them as nothing more than pains). Sonia hates messy things like dirt and mud. Despite acting like this, she is also a tomboy. 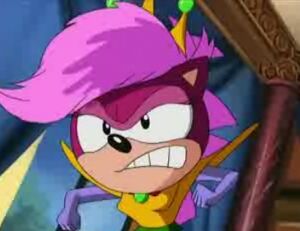 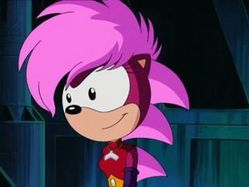