Souffle is one of the twelve lead heroes in Eto Rangers anime series. She was chosen by Princess Aura to become defenders of Mugen.

At the start of the series, Souffle and the rest of Eto Rangers entered the race in order to make it to the finish line. Unfortunaltely, the animal heroes are having fun in the race. Suddenly, the darkness arrives to attack the world of Mugen ruled by Princess Aura. When the fun was interrupted, the darkness begins to grow. When Eto Rangers are summoned by Princess Aura. The Animal heroes are ready to save the novel worlds from the Evil-Spirited Monsters.

Souffle is one of the non-combatants of the Rangers, but supports her teammates with her hand-pocket compact when events become "a needle in a haystack".

Souffle is a calm-hearted creature who always takes care of her friends in spite of many troubles and dangers. Souffle is being a kind-hearted one to the rest of the many heroes as well. She became very courageous, determined, and strong to win countless times. She can also be serious, sometimes believing he does all the work, but he still remains a nice person at heart.

During the rest of the adventures, She has a greater sense of justice just like the rest of her friends in times of many troubles and tragedies. She can do all of her duties for the rest of our heroes to fight off against the Forces of Darkness once and for all. 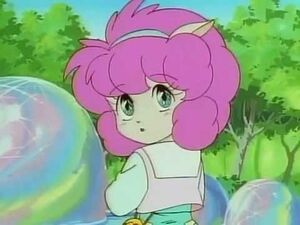 Add a photo to this gallery
Retrieved from "https://hero.fandom.com/wiki/Souffle?oldid=1899801"
Community content is available under CC-BY-SA unless otherwise noted.