Varies, to protect the galaxy and defeat Zorak

In his original incarnation, he was a superhero who, with his sidekick teen helpers Jan, Jace, and Blip the monkey, fought supervillains in outer space. In the 1990s, the character was brought back as a host for his own fictional late-night talk show, Space Ghost Coast to Coast, on Cartoon Network and Adult Swim. In the 2000s, he was revamped as a serious superhero once again in a mini-series by DC Comics.

In the original series, Space Ghost was an intergalactic crime fighter from the Ghost Planet. He had the ability to be invisible (via his belt), fly, and shoot various rays from the powerbands on his wrists. Space Ghost would fight such recurring supervillains as Moltar, Zorak, Black Widow, Metallus, Brak and Creature King with the help of his sidekicks: Jan, Jayce, and their pet monkey, Blip. 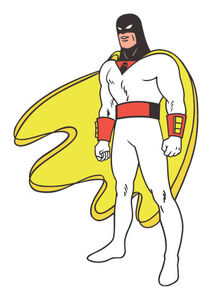 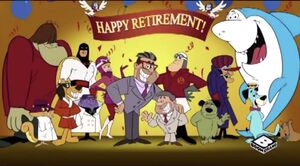 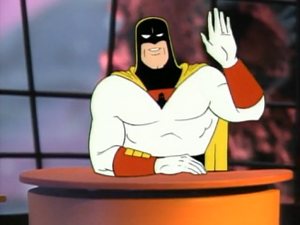 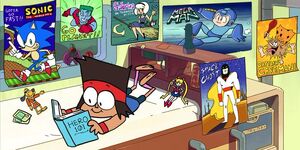 Retrieved from "https://hero.fandom.com/wiki/Space_Ghost?oldid=1729040"
Community content is available under CC-BY-SA unless otherwise noted.