Barbie and the Diamond Castle

Playing with Liana and Lily.

Loyal Sidekick
Sparkles is a minor character in the 2008 animated film, Barbie and the Diamond Castle. She is a cocker spaniel dog owned by Princess Liana and is friends with another dog named Lily.

Barbie and the Diamond Castle

While traveling through the Valley of Flowers, Liana, Alexa, and Melody are finds the two puppies and assume they are lost as there's nobody around for miles. So with that in mind, they are decide to keep the puppies. As Liana holds the cocker spaniel, Melody notes how sparkly the dog's eyes are, which makes Liana name the dog Sparkles while Alexa names the other dog Lily. With the new puppies, the girls continue on their journey to the Diamond Castle.

When they arrive at a local village, Liana and Alexa decide to fill in the spot for a restaurant's missing performers, in exchange for a meal for both the girls and the dogs. As Liana and Alexa sing and win over the audience, Sparkles and Lily dance on their hind legs together. After the meal, they continue on their journey to the Diamond Castle.

As they are travel through a forest, Sparkles whimpers in fear as she senses danger, leading the girls to be confronted by Lydia and Slyder. Sparkles and Lily remain hidden in the girls' baskets as they are being able to escaped from Slyder with the help of twins, Ian and Jeremy.

Sparkles is a sweet, innocent, and pretty female cocker spaniel dog. Also, she is very loyal and friendly. Sparkles can be afraid when she senses danger, but she's willing to help those in need such as leading Ian and Jeremy to rescue Liana, and jumping into the whirlpool to save Melody. Although Sparkles is a dog, she's shown to be intelligent as she seems to understand humans. Sparkles also can be playful, especially towards her friend, Lily. 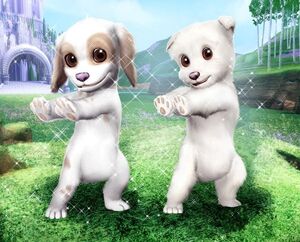 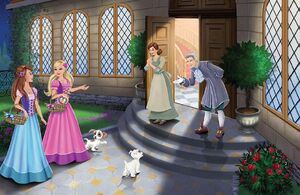 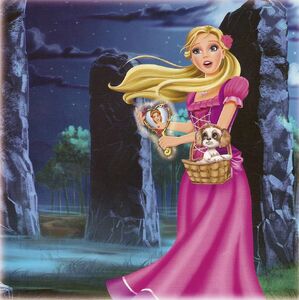 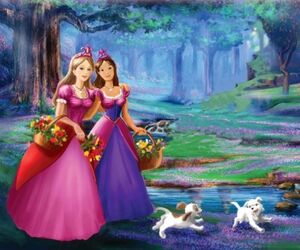 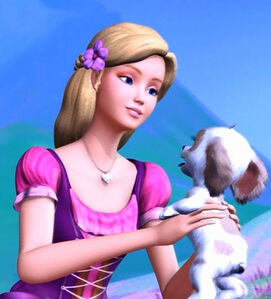 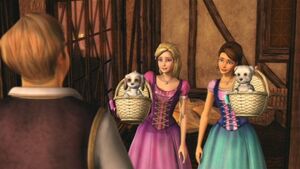 Retrieved from "https://hero.fandom.com/wiki/Sparkles?oldid=1860185"
Community content is available under CC-BY-SA unless otherwise noted.