Magical Fairy Dog
Sparky is the supporting character from The Fairly Oddparents. He is a hyperactive fairy dog who made his debut in the ninth season as Timmy Turner's pet, however, he was dropped from Season 10 and removed from the series altogether because of negative reception.

Sparky is a fairy canine who has yellow fur on his body. His hair on his ears and the top of his head are orange. He has blue eyes and a star on his tail, which he uses as a wand.

Sparky is a optimistic fairy dog but is depressed inside, due to most of the people who adopt him being forced to take him back due to his hyperactivity and chaotic nature. He has the tendency of chewing, digging and running around, sometimes wrecking havoc for both his owner(s) and others, such as their family members and the people that live in the same town.

Being a fairy dog, Sparky can do magic just as any other fairy and he uses his tailwand to do so. However, instead of world-changing magic in line with the chaotic wishmastering of Cosmo and Wanda, Sparky possesses "dog magic," allowing him to conjure up bones, fire hydrants, and the like. Some of his misadventures include afflicting Timmy's hometown with magical fleas (Fairly OddPet) and wishing himself into a real boy (A Boy and His Dog-Boy). 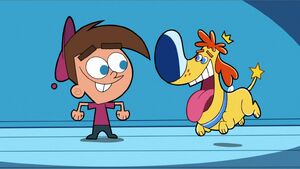 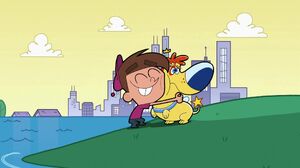 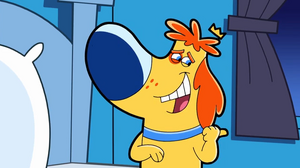 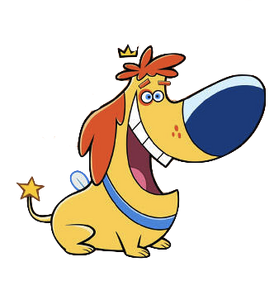 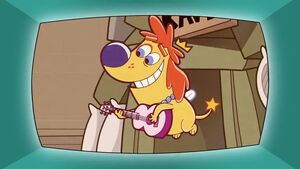 Sparky as a puppy 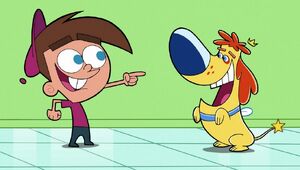 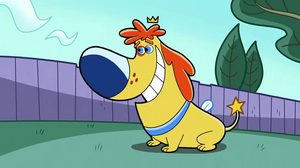 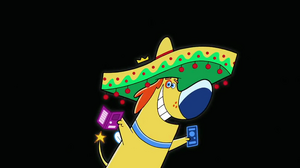 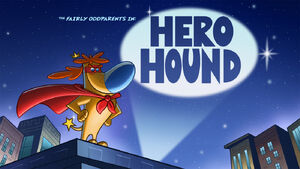