NOTE: This article is about the version of Sparx from the original games. You may be looking for information on his The Legend of Spyro counterpart.

Help Spyro save the Dragon Realms from evil (succeeded).

Sparx acts as Spyro's health meter as his color changes any time Spyro takes a hit. Sparx becomes blue at Spyro's first hit, blue at his second, and green at his third. If Spyro is hit a fourth time, Sparx completely disappears, rendering Spyro completely vulnerable to dying upon being hit a fifth time. To prevent that, Spyro either flames or charges at small creatures called "fodder" to release a Butterfly, which Sparx devours, to replenish one hit point. 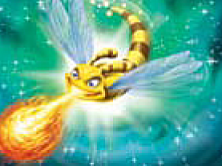 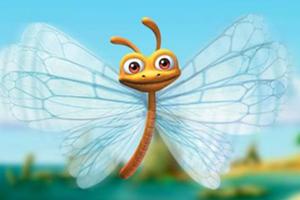