Capture of all Black Dragon members.

Special Forces is a faction within the Mortal Kombat universe.

For the US government to eliminate the Black Dragon, the Special Forces was lead by Lieutenant Sonya Blade and Jackson Briggs. Major Briggs, also known as Jax, was initially a huge success, and in the event of the Mortal Kombat: Special Forces, most Black Dragon members were sentenced to jail or killed. However, their leader, Kano, proved to be very elusive and attracted Sonya to Shang Tsung's island in the Lost Sea. There, she and her own troops were ambushed, and Sonya was forced to participate in the first Mortal Kombat tournament. Shang Tsung was finally defeated by the warrior monk Liu Kang. Shame, he returned to Outworld, but soon back to a small attack, taking Sonya and Kano as hostages.

In the tournament held by emperor Shao Kahn in Outworld, Jax rescued Sonya and eventually arrested Kano. However, back to Earthrealm, Kano immediately fled to Outworld. The former leader of Black Dragon apparently lost interest in his organization, which almost completely collapsed when Shao Kahn invaded the earth. After the invasion was defeated, Sonya and Jax were allowed to form and establish the Outer World Investigation Agency, a subsidiary of the Special Forces, to explore new areas and contain possible extraordinary threats.

The nature of Sonya as a Special Forces agent once again surfaced, when she was chasing the last known member Jarek across the globe. This crazy hunting allowed her to enter Edenia during the Mortal Kombat 4/Gold, where Jarek and Sonya were forced to briefly unite and fight Shinnok, Shinnok invaded Edenia and did not have Queen Sindel. Soon after, in a battle between Sonya and Jarek, Jerek fell from the cliff. With his death, Sonya's relentless pursuit of Black Dragon members is over, and OIA can be committed to its true mission. However, the apparent extinction of the Black Dragon will cause other incidents to occur, which proves to be harmful to the OIA.

In Mortal Kombat: Armageddon, Special Forces was seen in the game's Konquest mode. A team led by Sonya attacked and destroyed Sektor's Tekunin warship. Sonya herself tracked Taven, the survivor of ship damage, and asked Arctika, where he asked questions and fought against him. Despite her defeated, Sonya announced that she will continue to pay attention to strangers in the future. 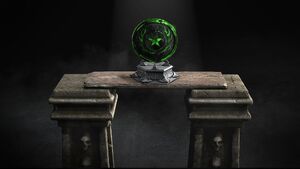