Defeat the Brawlers and their Bakugan and defeat Drago to achieve the Perfect Core energy (gave up),

Spectra Phantom (real name Keith Fermin) is a major character and an former Vexos who appeared in Bakugan New Vestroia as an antagonist and later redeemed character along with Helios, Gus Grav and Vulcan, in Spectra's Last Stand after losing to Dan Kuso, he becomes good and reunite his sister Mira Fermin and joined to the Resistance Brawlers, in Bakugan Mechtanium Surge, he is now a supporting character and helped Dan Kuso and his friends to defeat Mag Mel and their Chaos Bakugan. He starts as an antagonist, but he redeems after reuniting with his sister Mira Fermin and joins the Battle Brawlers. Despite being an antagonist, Spectra is a good guy who is caring for his sister Mira Fermin, he hates his father's bad plans and turns against him for treachery and torturing an certain Bakugan named Hydranoid who is Alice Gehabich's partner.

Before he became Spectra Phantom, Keith has pink hair who owns an Pyrus Hyper Dragonoid in the beginning who trusts Mira Fermin. But after his father gets corrupted by the Vexos, he becomes Spectra to capture Tigrerra.

As Spectra, Keith started as a cruel guy, but after he discovers that Drago is the Ultimate Bakugan, he reforms to reunite with his sister Mira and joins the Resistance Battle Brawlers.

Helped by Wilda and Helios, as well as Drago and their friends. Spectra gets his revenge on King Zenoheld for trying to destroy all Bakugans on Earth and New Vestroia by teaching him an lesson. After Clay Fermin, King Zenoheld and Prince Hydron's deaths, Spectra has never had to worry about his father Clay and bids farewell to Dan and their friends, vowing to meet them again.

In the season 4, Spectra becomes an Darkus Brawler manages to foil the Chaos Bakugans by using his now-evolved Helios to protect the Brawlers. Spectra later teams up with Dan and Drago to defeat the Mechtogan clones by working together with Shun and Taylean.

After Mag Mel and Razenoid's deaths, Spectra was seen congratulating Dan and Drago after the Earth is restored back to normal.

He and Helios are one of the characters who are reformed, the next being Vulcan and Gus Grav. 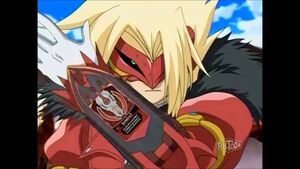 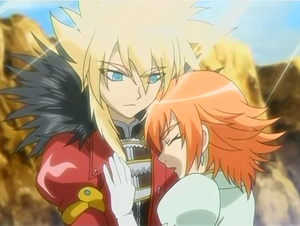 An fully-redeemed Keith Fermin reunited with his sister Mira Fermin 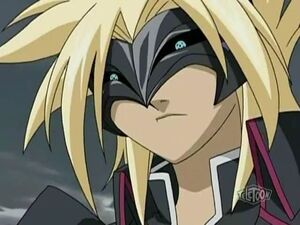 Retrieved from "https://hero.fandom.com/wiki/Spectra_Phantom?oldid=1757392"
Community content is available under CC-BY-SA unless otherwise noted.