Heroes Wiki
Register
Don't have an account?
Sign In
Advertisement
in: Male, Live Action Heroes, The Hero,
and 33 more
English

Jumanji: Welcome to the Jungle

Hanging out with his best friend Anthony "Fridge" Johnson.
Being with Martha Kaply.
Spending quality time with his friends and family.

To return the Jaguar's Eye to Jumanji and lift the curse (1st film; succeeded).

Spencer Gilpin, also known by his avatar Dr. Smolder Bravestone, is the main protagonist of the 2017 film Jumanji: Welcome to the Jungle and the 2019 film Jumanji: The Next Level.

He is a nerdy high school student who loves to play video games. He got detention for helping his friend Anthony "Fridge" Johnson with his homework by writing them for him as cheating.

Spencer is portrayed by Alex Wolff as a human, and by Dwayne Johnson (who also played Joe Kingman in The Game Plan, Jack Bruno in Race to Witch Mountain, Mathayus the Scorpion King in The Scorpion King, Luke Hobbs in The Fast and the Furious film series, Hercules in the 2014 film Hercules, Ray Gaines in San Andreas, Bob Stone in Central Intelligence, Davis Okoye in Rampage, Will Sawyer in Skyscraper, Captain Chuck T. Baker in Planet 51 and Maui in Moana) as his first avatar, and Awkwafina (who also played Courtney in The Angry Birds Movie 2, Sisu in Raya and the Last Dragon, Quail in Storks, Otto in The SpongeBob Movie: Sponge on the Run, Katy Chen in Shang-Chi and the Legend of the Ten Rings, and Ms. Tarantula in The Bad Guys.) as his second avatar.

Spencer is shown to be cowardly, awkward and shy at first and is shown to have allergies as he puts hand sanitizer everywhere on his body. However during the film despite being cowardly, he often leads the group as he knows how the game works since he is a video game player and led the group in surviving the game and saving Jumanji. 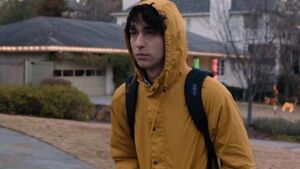 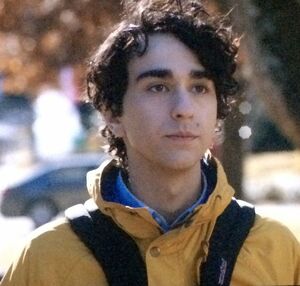 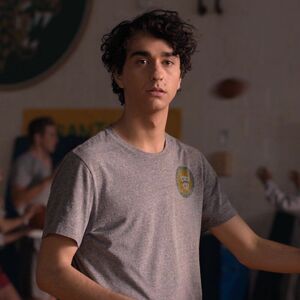 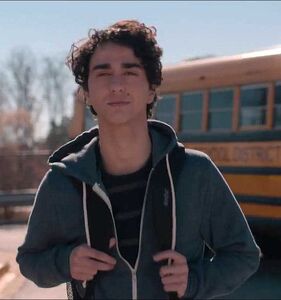 Spencer at the end of the film, gaining the confidence he needed.
Français
Community content is available under CC-BY-SA unless otherwise noted.
Advertisement