Save people.
Rid Alchemax of corruption.
Change the future for the better
Save Tiberius Stone from death.
Save his father, Tyler Stone and him from being wiping out of existence.
Help Spider-Man of the present
Get back to his own time.

Spider-Man 2099 (real name Miguel O'Hara) is a fictional character and superhero in the Marvel comics and universe, and is a superhero hailing from the future, specifically the year 2099, and the successor of the original Spider-Man, Peter Parker. He is also the main protagonist of his titular comics, and a major character in the Spider-Verse comics storyline.

He is a geneticist working for Alchemax who, in an attempt to replicate the powers of Spider-Man, accidentally altered his genetic code to 50% spider, giving him spider-like superpowers. Miguel originally strived to find a cure, but upon realizing how much of a dystopia the future was, donned a UMF-crafted suit and became the next Spider-Man. He is the eponymous protagonist of the comic book of the same name, and is a supporting protagonist in various Spider-Man stories, especially the Spider-Verse storyline.

He was created by Peter David and Rick Leonardi, and first appeared in Spider-Man 2099 #1 in March of 1992.

Miguel O'Hara, an engineer of Irish and Mexican descent, worked for Alchemax. He was less than pleased at the corporation's vast control over the city. A genius in the field of genetics, he was being pressured by Tyler Stone to test a process to imprint genetic codes into human physiology. He reluctantly tried the process on a test subject named Mr. Sims. It was a failure - Sims was transformed into a hideous creature and quickly died.

This was the last straw for Miguel: he went to Stone and attempted to hand in his notice. Stone gave and Miguel accepted a drink which, unknown to Miguel had been laced with the highly addictive hallucinogenic drug called Rapture. As Alchemax was sole manufacturer of the drug, Stone expected that Miguel would be forced to remain with the company.

In an attempt to rid himself of the hallucinogen, Miguel decided to try the genetic procedure, which had killed Sims, on himself. The process was sabotaged by his supervisor, Aaron Delgato, in the attempt to kill him (the incident would be covered up as an accident). Miguel survived the process; his DNA was spliced with the genes of a spider and gained several powers. Making a costume from a Day of the Dead (a traditional Mexican holiday) outfit, Miguel battled Alchemax and other villains as the Spider-Man of 2099.

O'Hara possesses a variety of superhuman attributes after being genetically imprinted with the DNA of a spider. 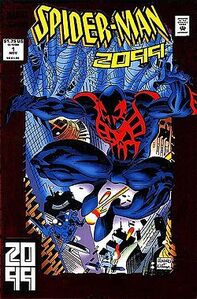 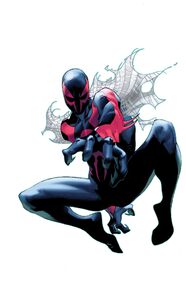 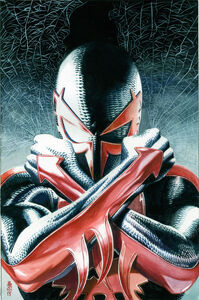 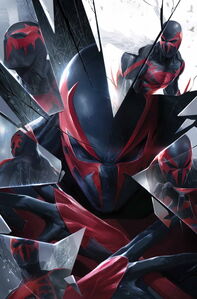 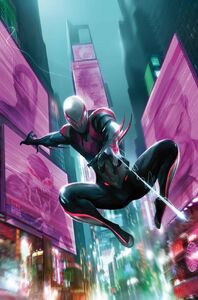 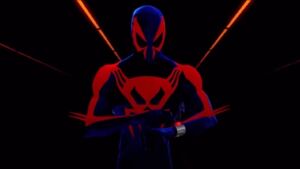 Spider-Man 2099 in Spider-Man: Into the Spider-Verse. 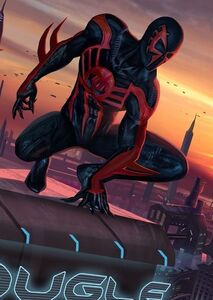 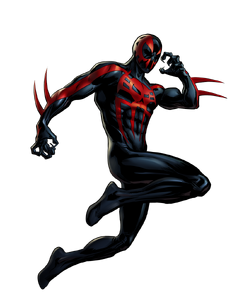 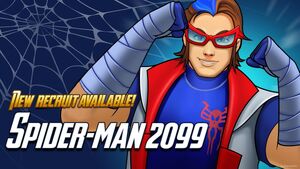 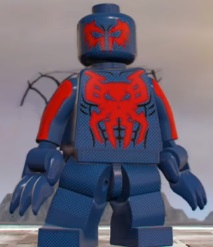