Student
Photographer at the Daily Bugle

Taking photos of himself

Spider-Man, real name Peter Parker, is the titular main protagonist of Spider-Man: The Animated Series. This version of Spider-Man is from the animated series that ran on television from November 19, 1994 – January 31, 1998. In the series, Spider-Man defeats select villains while juggling his own love life as Peter Parker.

He is mainly voiced by Christopher Daniel Barnes, who also voiced Prince Eric, while being voiced by Jim Cummings as his mutant monstrous alter-ego, Man-Spider, for a few of the show's episodes.

This Spider-Man explores certain aspects of his mythos in each season. This includes: the origin story of Venom, the misadventures with the meddlesome Madame Web, the formation of the Insidious Six (Sinister Six in the comics), and the alliances Spider-Man forged with various other heroes.

Peter Parker was bitten by a radioactive Spider, mutated with the power of Neogenics. Spider-Man would try to earn money from a wrestling match but upon being cheated out of his gains, let a robber go. His uncle Ben died as a result and he Peter would become Spider-Man.

He defeats the Lizard and gets money from the bugle and helps Aunt May from a financial crisis. He stops Spencer Smythe's Spider-Slayers at a party. He defeats Alistair Smythe's Spider-Slayers. He defeats Doc-Ock and rescues Felicia Hardy's mother. He defeats Mysterio after he gets framed by him. He defeats Scorpion and saves him from J. Jonah Jameson. He saves Mariah Crawford from Kraven the Hunter and helps Mariah cure Kraven of his aggressive serum that cured his life once. He saves astronauts John and Stevens while Eddie frames him for stealing Promethium X. After getting the Black Suit from the shuttle, he gives Jameson evidence that Rhino was threatening John and Stevens. After getting rid of the symbiote after it nearly kills shocker, he defeats Venom by defeating him using a rocket's loud noise. Peter saves Wilson Fisk from Hobgolin. After Hobgoblin takes over Kingpin's facility, Spider-Man stops him.

He defeats in Insidious Six while his powers were deactivation frequently. He defeats Hydro-Man when he was stalking Mary Jane. He helps the X-Men defeat Herbert Landon and prevents him from committing genocide against mutants. After Landon transformed into a giant monster, Landon was stopped by Spider-Man and the X-Men. Spider-Man, desperate to be cured of his mutation, decides to drink Mariah Crawford's serum. However, the serum causes him to grow six arms. He then then battles Punisher and Morbius. After transforming into Man-Spider, his mind is taken over by the savage alternate persona, he is cured by Kraven and Mariah. He clashed with Blade, who attempts to kill Morbius but Spider-Man wants to cure Morbius. He eventually teams up with Blade and stops Morbius from turning everyone into vampires. When the Tablet of Time is discovered, Kingpin and Silvermane both want it. Silvermane successfully captures it and kidnaps Curt Connors. He gets his youth back but due to getting exponentially younger due to the Tablet of Time not being studied enough, Silvermane turns into a baby. Spider-Man stop Silvermane and rescues Curt Connors. He defeats Adrian Toomes after Toomes stole Spider-Man's youth. He also defeats Scorpion.

He and Doctor Strange stop Baron Mordo after he kidnaps numerous people. Spider-Man and Strange both stop Mordo from unleashing Dormammu. He meets Madam Web who brings him to his biggest fan, a little girl named Taina. Spidey tells Taini his origin story. After Doc-Ock gives Spidey amnesia, Taina helps him remember who he is and defeats Doc Ock. Spidey reveals to Taina that he is really Peter Parker. Taina reveals that she it terminally ill, meaning Spidey comforted a dying child. Now for one of my favorite episodes, when Norman Osborn recklessly experiments with his performance enhancing gas and causes an explosion which releases the gas and goes into his nose, Norman's mind is warped and he becomes the Green Goblin. Spider-Man stops Green Goblin after he kidnaps his board members. Norman gets left with amnesia as a result and he is happily returned to Harry. He defeats both Big-Wheel and Rocket Racer, convincing the latter to give up crime for his sick mother. After being framed for murder by Kingpin, Daredevil rescues him and clears Peter Parker's name, putting Kingpin's son in jail in the process. When Alistair Smythe has his mind taken over by Herbert Landon and transformed into a cyborg-mutant, Spider-Man frees him and reveals that Alistair's father is still alive. He saves Robbie Robertson and stops Tombstone from bringing ruin to the Robertson family. He stops Cletus Kasady from suicide bombing himself and trying to kill numerous people. He stops Carnage and Mordo after Carnage steals the life force of numerous people to bring Dormammu to Earth. When Doctor Jonathan Ohn becomes the Spot and a large portal over the city is created, Spider-Man helps Spot and his girlfriend stop the portal. When Norman Osborn develops his split personality and talks to him in the mirror, Spider-Man stops Green Goblin when he tries to kill Felicia Hardy and Hobgoblin. When Green Goblin kidnaps Mary Jane and brings her to the Washington Bridge to kill her, Spidey attempts to stop him but unbeknownst to Peter, Mary Jane falls into a portal. Believing Mary Jane dies, Spidey attempts to kill Goblin before realizing it's unjustified. Goblin tries to kill Spidey but is knocked into a portal himself.

He clears Robbie's name after being framed by Tombstone and Richard Fisk. He saves John Hardesky and Felicia Hardy after Kingpin kidnaps them. Kraven, Spidey and Black Cat cure Mariah Crawford's mind from the super serum that was given to Kraven. He saves Black Cat from Silvermane. He saves Morbius from Herbert Landon and Shocker. Kraven, Black Cat, Blade and Terri Lee defeat Miriam the Vampire Queen and stop her from turning everyone in New York into vampires. He defeats Harry Osborn when he becomes Green Goblin II. He saves Marj Jane from Miranda Wilson. He saves Curt Connors from mutated Lizards that were made from him flushing his blood into the sewers. He and Hobie, better known as the Prowler, defeat Kingpin.

He marries Mary Jane and defeats Harry, Scorpion and Alistair Smythe. He clears the names of his parents who were framed as Russian spies. He and the Secret Six stop Red Skull and Electro. He attempts to save Hydro-Man from Mary Jane, only to find out she's a clone along with Hydro-Man. Both clones die however, due to their DNA being unstable. When being transported to another planet. He teams up with the Fantastic Four, Storm, Captain America, Lizard, Black Cat and Iron Man to defeat Red Skull, Doctor Octopus and Doctor Doom. He and numerous versions of him from alternate realities stop Spider-Carnage from destroying the multiverse. He specifically stops Spider-Carnage by making him meet with an alternate reality Uncle Ben who convinces Spider-Carnage to not destroy all realities. 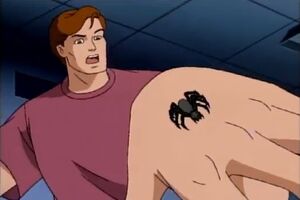 Peter is bitten by a radioactive spider. 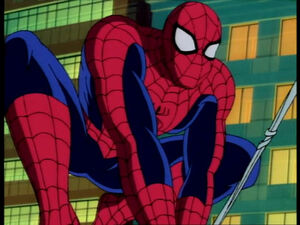 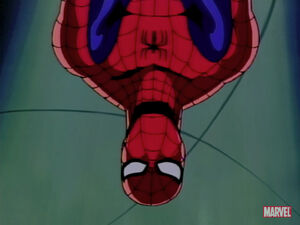 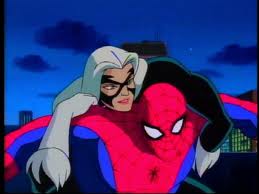 Spider-Man with his friend Black Cat. 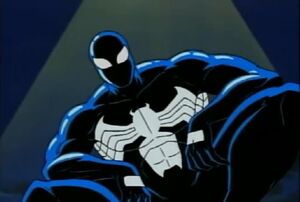 Spider-Man with the Black Suit. 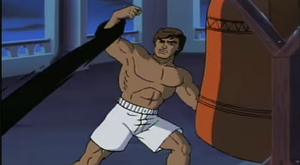 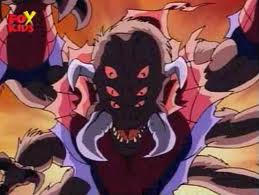 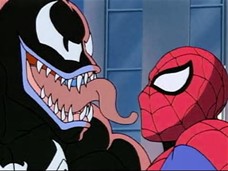 Spider-Man vs his arch-nemesis Venom 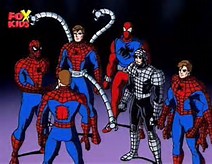 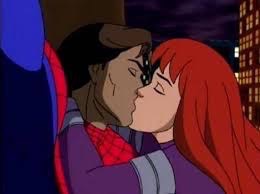 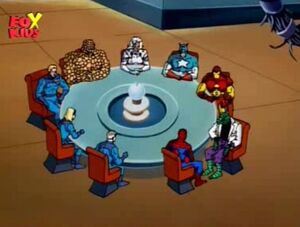