Spending time with her daughter Rachael.

Julia Eugenia Cornwall Carpenter, also known as Spider-Woman, Arachne, and Madame Web is a fictional character and superheroine from Marvel comics, and is a major supporting character in the Spider-Man comics. She is the daughter of Walter and Elizabeth Cornwall, ex-wife of Larry Carpenter, and mother of Rachel Carpenter.

A secretive government group called the Commission decided to create their own superhero. Val Cooper met college friend Julia Carpenter in Denver, and convinced her to be part in an "athletic study". She was unknowingly a test subject in their experiments. During the experiment, they "accidentally" injected Julia with a mix of spider venom and exotic plant extracts, which gave Julia powers very similar to those of Spider-Man.

Not long after she was given identity of Spider-Woman, she was drawn into the first Secret Wars and became a member of the West Coast Avengers and later the Avengers. After the events of Spider-Man: Grim Hunt, she became the new Madame Web after Cassandra Webb’s death, and became the leader of the Order of the Web to prevent Spider-Man's death from Norman Osborn.

She was created by Jim Shooter and Mike Zeck, and first appeared in Marvel Super Heroes Secret Wars #6 in June of 1984.

Julia Eugenia Cornwall was born in Los Angeles, California to Walter and Elizabeth Cornwall, and later went off to college where she met Larry Carpenter. The two fell in love and decided to marry and have a daughter named Rachel, leading to Julia to drop out due to her pregnancy. She would befriend Val Cooper, who convinced her to join in on an "athletic study" created by the Commission, and become one of their subjects to see the results.

Unbeknownst to Julia, the Commission was a group formed by a secret government who wanted to create their own superhero and dealt with superhuman affairs, and gave Carpenter injections of spider venom and the extracts from exotic plants. Julia was given powers similar to those of the superhero Spider-Man, and Carpenter succeeded the mantle of "Spider-Woman" from the original, Jessica Drew. After dealing with the Secret Wars, Julia became a member of Freedom Force, a group formed by Val and Mystique to deal with threats that Cooper wanted dealt with. Carpenter soon realized that she was on the wrong, and left the team after she helped the Avengers escape from the vault. Due to assisting the Avengers, Julia was labeled a fugitive by the government, forcing her to go on the run.

While on the run, Julia was targeted by the Seekers, a group of bounty hunters who wanted to claim the prize for capturing Carpenter, and she surrendered despite being assisted by Iron Man. Afterward, Julia decided to become a freelance hero and assisted Spider-Man in fighting the Wrecking Crew, and assisted the West Coast Avengers when needed. Carpenter would find herself becoming an enemy to the Deathweb, whom blackmailed her into fighting Spider-Man if she didn't want her daughter to be harmed. Despite nearly killing Spider-Man, Julia decided not to and had the hero assist her in rescuing her daughter.

When she was lost her powers to Charlotte Witter, Julia decided to end her heroics to focus on raising her daughter, but had to go through physical therapy due to being paralyzed. She was assisted by Shroud, who had his company create a serum that allowed her to use her powers, and later fell in love with him. Julia returned to heroics under the codename "Arachne", and assisted superheroes who didn't want to sign the Superhuman Registration Act while also acting as a double agent. She was later exposed when the Prowler was captured and revealed her position, causing Carol Danvers, Araña and Wonder Man to go after her. While attempting to flee the country, Carpenter was imprisoned but managed to escape to search for her daughter.

Moving to Canada, Julia decided to join Omega Flight since she the Canadian government offered her recruitment so she could be dropped of her charges. After leaving the team, Julia was captured by Sasha Kravinoff, who wanted to resurrect her husband Kraven the Hunter by sacrificing spider-women. Though Julia escaped from Kravinoff, Sasha mortally wounded Madame Web, who gave her powers to Carpenter to succeed her. 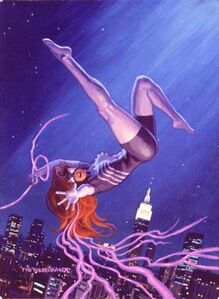 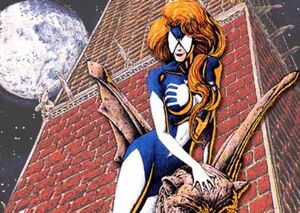 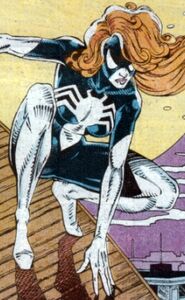 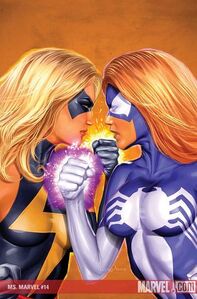 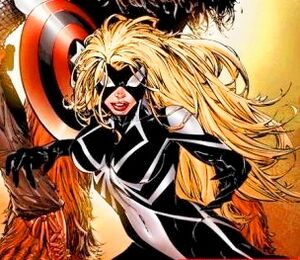 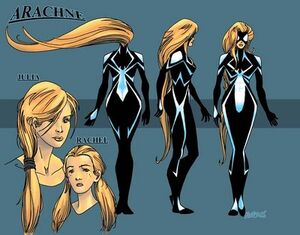 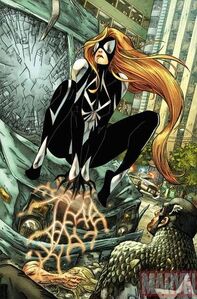 Julia as the new Madame Web. 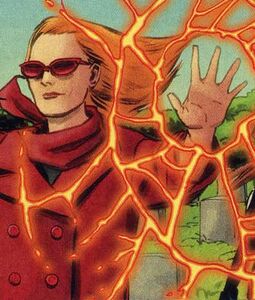