No information
Spike is a character from My Little Pony.

He is voiced by Charlie Adler.

Spike is a baby dragon with purple and green scales. In the first two specials, he looked just like his toy counterpart (minus the buck teeth). But in The Movie and the TV series, he was redesigned and modified to be rounder and cuter.

He has a sarcastic streak, but is very supportive to the Ponies and the three children. Unlike the G4 version later on, he has a more innocent and sweet personality. He also tends to act as voice of reason, alongside Wind Whistler and Megan.

Nothing much is known about why he teamed up with Scorpan in the first special, but he is adopted by Megan Williams and the ponies after they defeated Tirek.

In Spike's Search, he wants to learn on how to be a dragon from real dragons. Unfortunately, the Dragon Gang turned out to be beasts who caused chaos in villages and hoarded food from them. 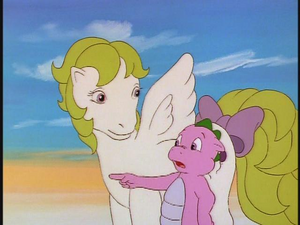 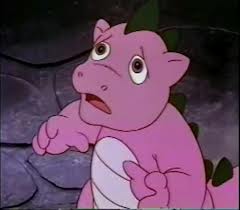 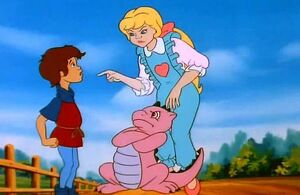 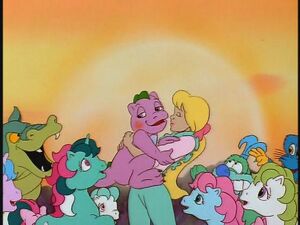 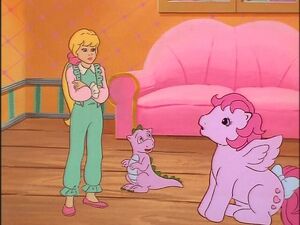