Spike is a hero and the Pickles' dog (on Tommy's side) in Rugrats. He is the real hero in The Rugrats Movie, as it is he who fights Scar Snout the wolf. He has a poodle girlfriend named Fifi, starting in Rugrats in Paris: The Movie. He never speaks except in the crossover film Rugrats Go Wild, in which he is voiced by Bruce Willis.

He is loyal to Tommy Pickles and the other babies, he would often help Tommy if needed.

He is a brown dog with a red collar, he also has some spots on him.

His main goal is to help Tommy in anyway he can; for an example in The Rugrats Movie he saved the babies from Scar Snout by fighting him. 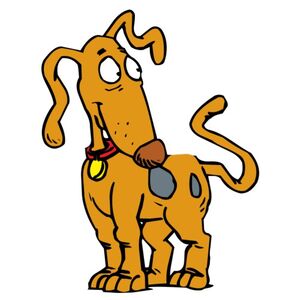 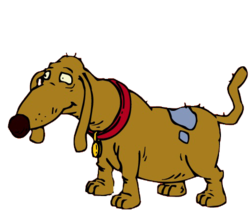 Retrieved from "https://hero.fandom.com/wiki/Spike_(Rugrats)?oldid=1910757"
Community content is available under CC-BY-SA unless otherwise noted.