Pac-Man and the Ghostly Adventures

Sidekick
Spiral is the deuteragonist of the 2013 animated series Pac-Man and the Ghostly Adventures.

He is voiced by Samuel Vincent, who also voices the President and Betrayus in the show, Edd in Ed, Edd n' Eddy, Flim and Party Favor from My Little Pony,and Krypto from Krypto the Superdog. In the Games, he is voice by anime voice actor, Vic Mignonga, who also voiced Qrow Branwen and Edward Elric.

Spiral and Pac are room mates and best friends, and Spiral is shown to very protective of him, as shown when he stands up to Skeebo for Pac.

Spiral and Cylindria are shown to be very close friends. Both tend to play the role of the straight man to the more comical characters. 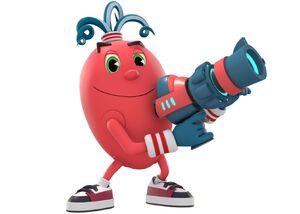 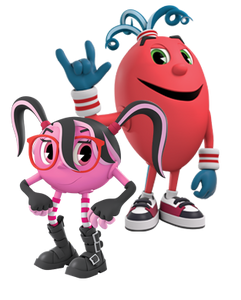 Spiral's name is based as it is implied: a swirly shape in a continuous circular motion. Spiral's name is mistaken for the purple dragon from the Spyro the Dragon, Legends of Spyro, and Skylanders series named Spyro.

Spiral also refers to the style of his hair.

Retrieved from "https://hero.fandom.com/wiki/Spiral?oldid=1976146"
Community content is available under CC-BY-SA unless otherwise noted.