Making Krabby Patties, Annoy Squidward Tentacles and to treat him as his "friend" even if the latter doesn't want it, Hanging out with Patrick Star and Sandy Cheeks

SpongeBob SquarePants is the titular protagonist of the popular animated television series of the same name and is voiced by Tom Kenny. Mainly, he is the primary Fry Cook at the Krusty Krab.

He first appeared on television in the series' pilot episode Help Wanted on May 1, 1999. Spongebob was created and designed by cartoonist Stephen Hillenburg shortly after the cancellation of Rocko's Modern Life in 1996. Hillenburg intended to create a series about an over-optimistic sponge that annoys other characters. Hillenburg compared the concept to Laurel and Hardy and Pee-wee Herman. As he drew the character, he decided that a "squeaky-clean square" (like a kitchen sponge) fits the concept. His name is derived from "Bob the Sponge", the host of Hillenburg's comic strip The Intertidal Zone that he originally drew in 1989 while studying at the California Institute of Arts.

SpongeBob is dimwitted (although he is smarter than his starfish friend). However, he is goofy and loyal. He lives in a pineapple house in the fictional underwater town of Bikini Bottom.

SpongeBob has achieved popularity with both children and adults, though he has been involved in public controversy. The character appeared in a We Are Family Foundation video promoting tolerance, which was criticized by James Dobson of Focus on the Family because of the foundation's link to homosexuality. SpongeBob is an anthropomorphic kitchen-type sponge with two buck teeth, blue eyes, wears brown rectangular-like pants (probably attached to the white shirt with the red tie), black shoes, and red/blue-striped socks.

SpongeBob is hyper, clueless, honest, kind-hearted, naive, friendly and optimistic. He works as a fry cook at the Krusty Krab Resturant in the underwater town of Bikini Bottom. He is also a leader, he loves his job very much and performs it very well, even though his greedy cheap boss Mr. Krabs pays him poorly if not rarely. He can also get very overly reacted. Like from the episode The Bully, he started getting real petrified of getting his butt kicked from new student Flatts the Flounder. But it was turned out that as a sponge, he did not get hurt much after all. SpongeBob also cares for his loyal pet snail, Gary, who only meows like a cat, and loves hanging out with his best brainless friend, Patrick Star, a friendly but dim-witted pink sea star who lives under rock. Their middle neighbor is Squidward Tentacles, a grumpy, ill-tempered and self-centered octopus who lives in an Easter Island Tiki head-shaped house and hates both SpongeBob and Patrick with a passion because of their annoying antics, maturity you would expect from a sponge and starfish, and them always ruining his day. However, they are both unaware of this and believe him to be their closest friend. SpongeBob's other best friend is Sandy Cheeks, an anthropomorphic female squirrel from Texas, who is a highly scientist and karate expert.

He may be served as Nickelodeon's mascot, while being one of the most, if not the most popular fictional character distributed by Nickelodeon.

Like many other cartoon characters, SpongeBob has been shown to have numerous extraordinary abilities and attributes over the course of the series (even though physically weak). 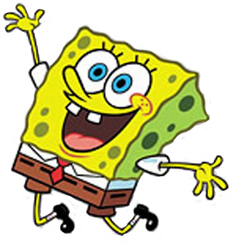 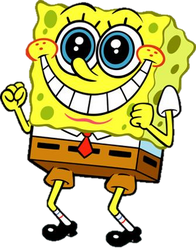 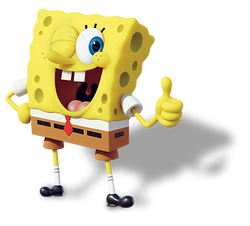 SpongeBob's endearing grin in Sponge Out of Water 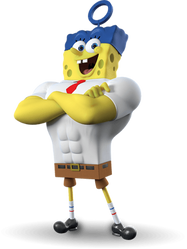 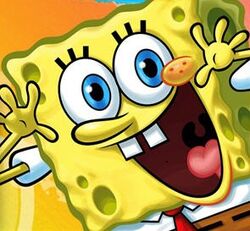 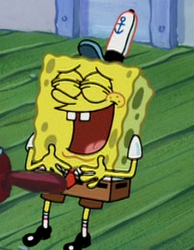 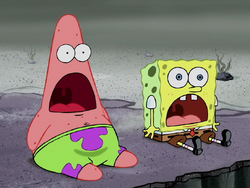 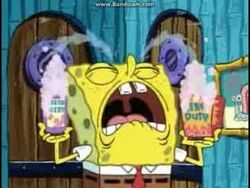 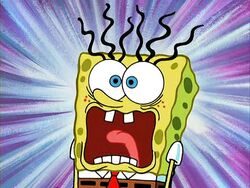 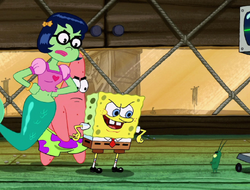 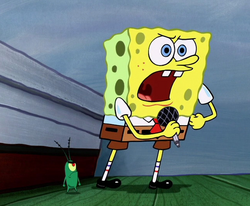 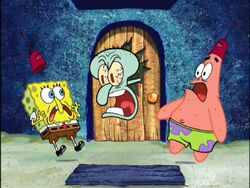 Squidward yelling against Spongebob and Patrick 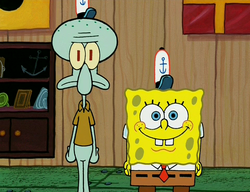 Sponegbob with Squidward Tentacles at the Krusty Krab 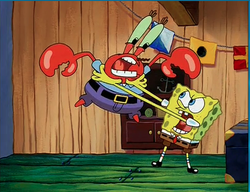 Spongebob strangling Mr. Krabs when he refuses to rehire Squidward 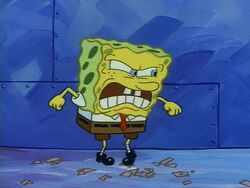 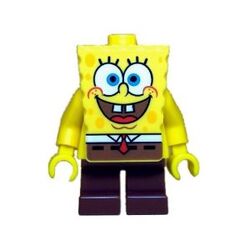 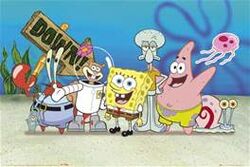 SpongeBob and his friends. 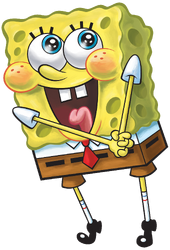 Retrieved from "https://hero.fandom.com/wiki/SpongeBob_SquarePants?oldid=974318"
Community content is available under CC-BY-SA unless otherwise noted.