Anthropomorphic Feline
Spook is one of the main characters in the show Top Cat.

He bears a resemblance of Fancy-Fancy, but he is a olive green cat wearing a black tie that has a bit of tearing damage and he is shirtless,

he is somewhat stout, and being one of the two stout cats in the gang. He is the most streetwise member of the gang and not of Top Cat's pals. When Spook talks, he says a torrent of "Like"s are used.

He has a liking in dancing and music and he is a pool expert who happens to be a sweeting talking cat whose vernacular is based on a beatnik. 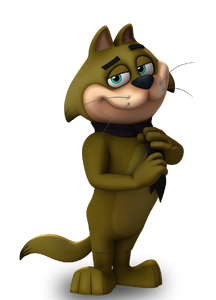 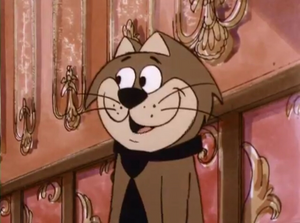 Retrieved from "https://hero.fandom.com/wiki/Spook?oldid=2202737"
Community content is available under CC-BY-SA unless otherwise noted.