Practicing any kind of sport

To practice any sports as he wants

To beat the Beagle Boys in the Duckburg Stadium and obtain the trophy (Sport Goofy in Soccermania) (succeeded).

Sport Goofy is a famous athlete of Mouseton and knows how to practice any kind of sport. He made his animated debut in the 1987 short film Sport Goofy in Soccermania, in which he is part of the soccer team of Huey, Dewey, and Louie.

He is Goofy's cousin and is completely identical to him in appearance. Unlike his cousin, who wears typically more casual clothes, he wears sportswear.

When he was small, he was denied in all kinds of sports. One day, however, he met a group of guys from a mini Basket team who invited him to play with them, and he realized they had talent.

As he explains to Morty and Ferdie Fieldmouse and Huey, Dewey, and Louie after starting playing mini Basket, he became the first of his class and was accepted by his other peers.

After his animated debut in the short film Soccermania, he appears in various comic stories including some of Italian production such as "Il segreto di Sport Goofy", written by Massimo Marconi and designed by Giorgio Cavazzano, of 22 May 1988.

Sport Goofy had a huge success in France where he was the protagonist of over a hundred stories, while he had little success in other countries where even in the United States, the country of production of his debut animated appearance, a single story is published in which this character appears. 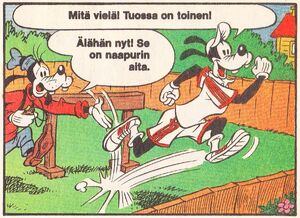 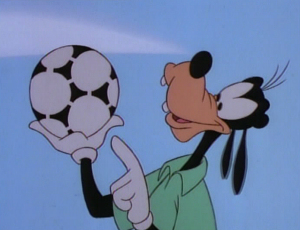 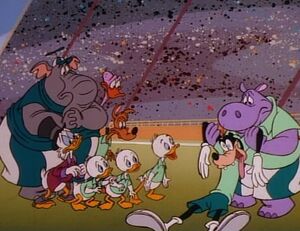 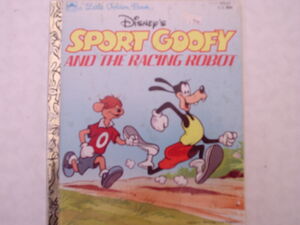 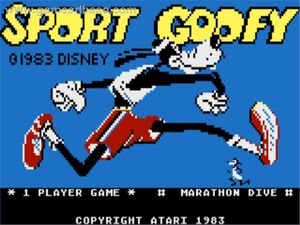 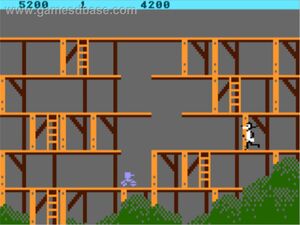 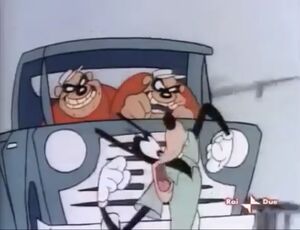 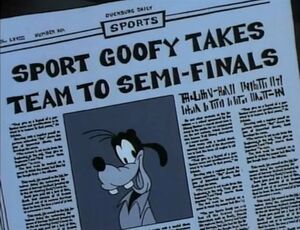 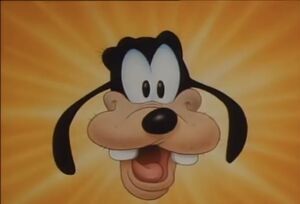 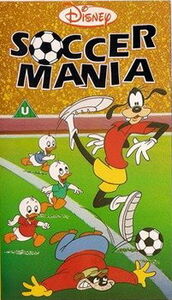 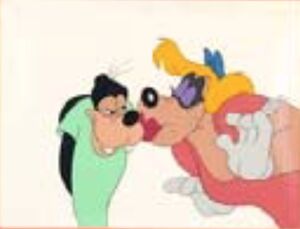 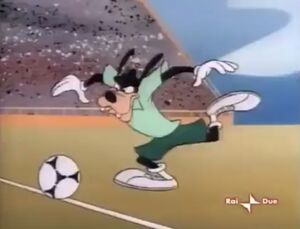 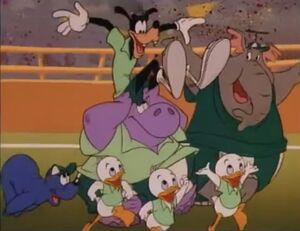 Retrieved from "https://hero.fandom.com/wiki/Sport_Goofy?oldid=1746430"
Community content is available under CC-BY-SA unless otherwise noted.