To be a Dalmatian

Spot is one of the four main characters in 101 Dalmatians: The Series. She mostly is affiliated with Lucky, Rolly, and Cadpig. She acts as the voice of reason, but most often is not paid attention to.

Spot was voiced by Tara Charendoff (later known as Tara Strong), who also voiced Melody and Bubbles. In the Japanese dub from the series, she was voiced by Naoko Matsui.

She is a brown chicken with spots and black legs and feet, and she would like to be a dog like the others. 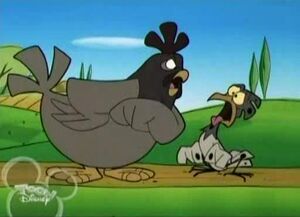 Spot with her mother Cornelia 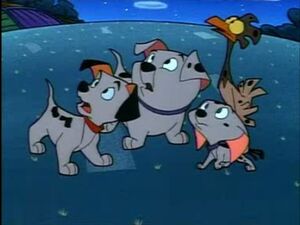 Spot with Lucky, Rolly and Cadpig
Add a photo to this gallery

Retrieved from "https://hero.fandom.com/wiki/Spot_Chicken?oldid=2122961"
Community content is available under CC-BY-SA unless otherwise noted.