Spring Man, also known as "The Bouncer", is the main protagonist in the 2017 Nintendo video game ARMS.

Spring Man is a very enthusiastic and young man, being only 20 years old. He loves ARMS and his main hobbies, considering he has his own gym that shows advertisements of him lifting weights (one of his most favorite exercises). He is a bit cocky, similar to Max Brass, but not to the point of being unlikeable.

He is one of the first characters to be revealed alongside Ribbon Girl, and thus stars in a lot of the game's official art, sometimes seen as a background character with other characters such as Twintelle, Master Mummy or Lola Pop. He takes a particular pride in his spring-like, pompadour hairstyle. 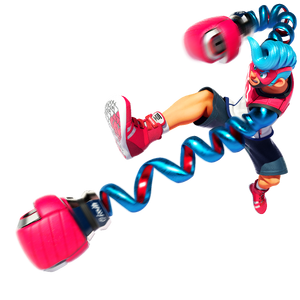 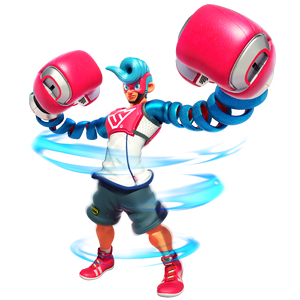 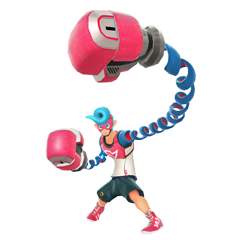 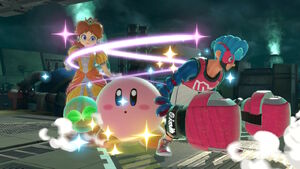 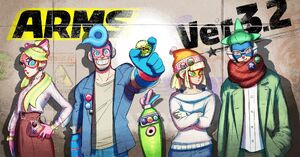 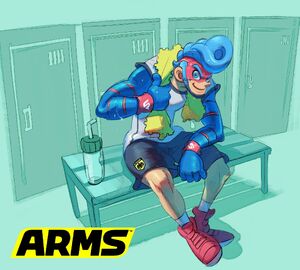 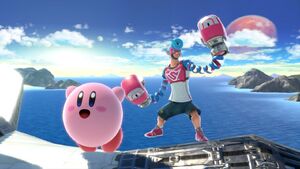 Spring Man with Kirby in Super Smash Bros. Ultimate. as an Assist Trophy. 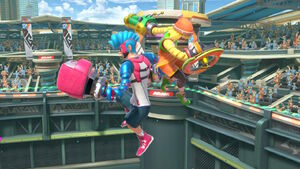 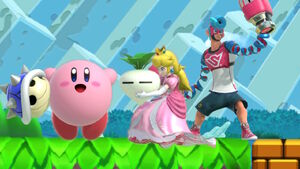 Spring Man along with Princess Peach and Kirby in Super Smash Bros. Ultimate. 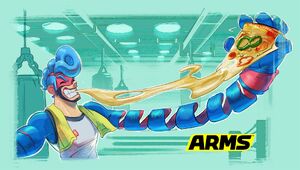 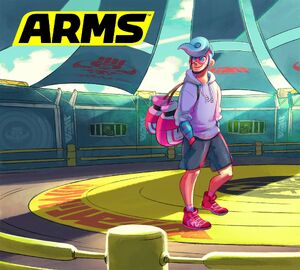 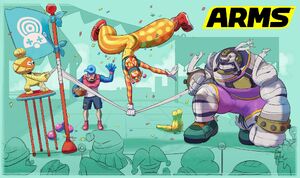 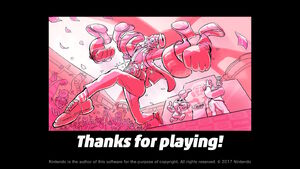 The picture at the end of Spring Man's Grand Prix. 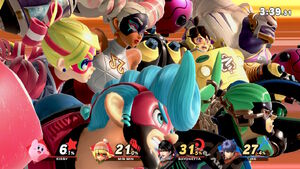 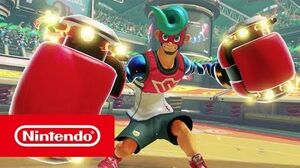