Spudow is one of the main protagonists of the mobile game Plants vs. Zombies Heroes. He is a Plant Hero of Potato Mine, who leads Ka-bloom and Guardian classes.

In Spudow's introduction comic strips, he was an ordinary Potato Mine who got hit from the ray of the Hero-Tron 5000 while helping other plants fighting incoming zombies.

In Junkyard Ambush!, Spudow, Solar Flare, and Green Shadow can be seen finding a tire for Penny, until Rustbolt came out and attacked them. During the battle, Spudow helped the other two Plant Heroines by attracting Rustbolt with a magnet.

Spudow also appeared in Ice Zombie Cometh having fun in a waterpark until Brain Freeze froze the entire place. He can be seen again with Green Shadow and Brain Freeze, who got defeated by Solar Flare.

Spudow can also be seen in Dance-Off at the Disco helping Green Shadow and Grass Knuckles during the fight against Electric Boogaloo at a dance-off competition.

In Zombopolis Apocalypse, Spudow, alongside Green Shadow, Solar Flare, and Grass Knuckles fighting Super Brainz after he caused mischief in Zombopolis. While putting the statue back up after the fight, the Plant Heroes saw a reporter, which is Super Brainz in disguise.

Spudow returned in A Schooling at Zombie U alongside Green Shadow and Grass Knuckles to stop Professor Brainstorm from his plan of eating more brains. They had a fight until Spudow destroyed the professor's teleporter with his explosive head. In defeat, Professor Brainstorm had to write on the board about not teaching zombies to eat brains.

In The Great Cave Raid, after Super Brainz, Rustbolt, and Electric Boogaloo infiltrated Spudow's cave, he popped up and have a fight against them. During the fight, Super Brainz defeated Spudow by tightening his head with a rope.

Spudow appeared in Z-Mech's introduction comic strips with other plants chasing Z-Mech until he unleashed his robotic battlesuit to scare them away.

Spudow is a humanoid Potato Mine who can toss his explosive heads to enemies. He can also regenerate them very quickly, making him a dangerous threat to the zombies. However, if his head becomes stuck, he cannot deploy explosives to enemies. 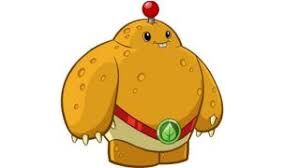 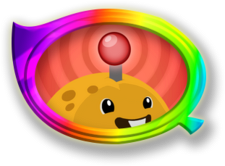