Animal
Spunky is a fictional character in the cartoon series Rocko's Modern Life and the comic book series of the same name.

Joe Murray, creator of Rocko's Modern Life, originally designed Spunky to be a dog more brain dead than the dog in his film My Dog Zero, complete with drooling and crossed eyes. Murray later decided that the scenario could "limit the storytelling," so he gave Spunky "a little more intelligence, but not much."

Spunky is different compared to most fictional dogs, who are ironically more intelligent than their masters. Spunky is far less intelligent than even real dogs. He drools all the time with a vacant expression. One of his humorous actions is drooling into his water dish, mistaking it for more water, and drinking it again, and then repeating this over and over. He also sits limply on his butt, and drags it as he crawls around the house. He is always getting Rocko into crazy situations because of his stupidity.

Once he ended up getting eaten by a big dog (Earl) after carelessly getting thrown out as trash. He also wandered off and was snatched away by a bird at the beach, and once got vacuum packed at the supermarket. Spunky is always safe in the end, thanks to Rocko's utmost care. Rocko appears to have a loving special bond with Spunky. Even though Rocko treats him like a brother he does what every pet owner does he plays with Spunky, feeds him, baths him, and walks him but Rocko never puts him on a leash. Spunky also sleeps with Rocko in the bed.

Spunky is also a host to two parasites named Bloaty the Tick and Squirmy the Ringworm. These two characters have had a couple episodes that revolve around them and their lives on a dog. The way they live is much different from that of Rocko and the other characters: they sit in "armscabs", find food that Spunky has eaten, and sometimes drink by sticking straws into Spunky's veins and taking in blood like real parasites. One of their adventures focused on exploring "new land" which had mysteriously appeared for no explainable reason. Later in the episode, it was revealed that the new land was a result of Spunky gaining weight, thus stretching out his body.

Spunky is a major character in Rocko's Modern Life, and therefore has played an important role in many episodes. In "Trash-o-Madness," Spunky caused trouble by playing with a "slime" that Rocko found in the refrigerator, and then he was taken out with the rest of the trash and nearly thrown away forever. In "Sand in your Navel," Spunky and Rocko head to the beach for a relaxing day, which soon turns into a crazy experience due to Spunky's antics.

He was swooped away by a large bird, and then sold as a fish. Rocko had to chase him around the beach and then buy him back. Spunky is also well known for falling in love with a mop in "Clean Lovin'" - an episode that is popular among fans for having many innuendos. Spunky has played a role in many other episodes, such as being held hostage by Ed Bighead in "Sailing the 7 Zzzs," swallowing a bad pill in "Down the Hatch," and even being interviewed in "Dumbbells." 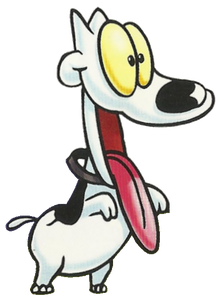 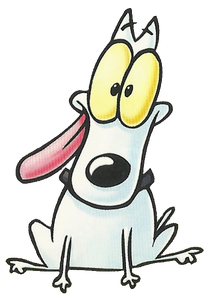 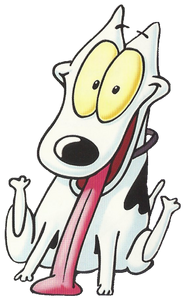 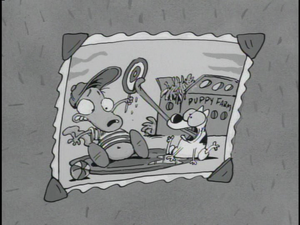 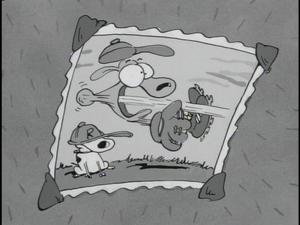 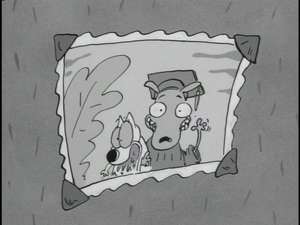 Retrieved from "https://hero.fandom.com/wiki/Spunky?oldid=2131449"
Community content is available under CC-BY-SA unless otherwise noted.