Be an exemplary SeeD.

Squall Leonhart is the main protagonist of Final Fantasy VIII.

Squall is a tall teenager with unruly brown hair. He is also usually seen in a lack leather bomber jacket with a white shirt underneath. He wears black pants along with three interconnecting belts and black boots and gloves. He has a silver chain necklace with a Griever pendant and a matching ring. In a duel with his rival, Seifer, they both end up giving each other mirroring scars.

Squall is noted by his instructors to have a remarkable aptitude for combat, starting his combat training at the age of six and mastering the Gunblade, a notoriously tricky weapon to use, by his teen years. Despite the memory loss that resulted from their use, Squall is also proficient in the use of Guardian Forces, Junctioning a variety of powerful creatures from Quetzalcoatl, to Bahamut, to the mighty Eden, amassing a wide range of magical attacks in the process. His prowess eventually grew to the point that he became the Legendary SeeD prophesied to bring an end to Ultimecia once and for all. 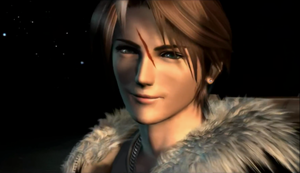 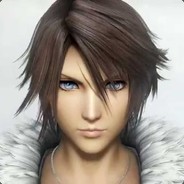 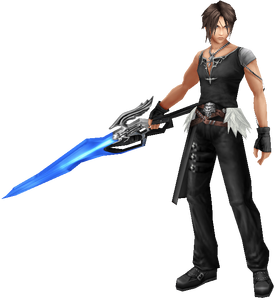 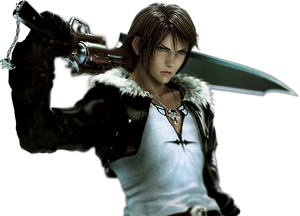 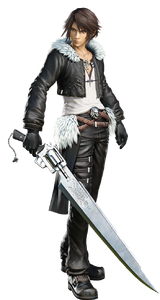