The Squid Sisters are two Inklings named Callie and Marie from the video game Splatoon. They are the hosts of Inkopolis' news. In the single-player mode, respectively, they're also both known as Agents 1 and 2 of the New Squidbeak Splatoon.

Callie has black/pink hair, a pink and white hat resembling the Japanese food, ikayaki, a sleeveless outfit that ends in shorts, pink tights and hair that resembles a female Inkling's, but behind. Marie has white/green hair, a green and white hat resembling a calamari ring, a sleeveless outfit that ends in a skirt, green tights, black shorts, and short hair, unlike Callie.

In Splatoon 2, while under DJ Octavio's influence, Callie wore an entirely different outfit than her Squid Sisters outfit. She wears a small black crop top, which easily exposes her midriff area with three pink marks that are fairly similar to the three marks on her Squid Sisters outfit, and also reveals a pink octopus-like tattoo around the navel area. She still wears earrings, but they now appear to be golden octopus-shaped earrings. She now wears shorts that are made of black leather, also wearing dark-magenta leggings, which sport a galactic texture. Her most iconic features are her hypnoshades, which were used to, as the name implies, hypnotize her into working for DJ Octavio. When she returns to normal and appears back in Octo Canyon, after Octavio is defeated for the first time, though Callie won't appear in Octo Canyon until after a bit, she wears a casual getup: donning a white shirt as well as a black undershirt, while also wearing a pink hoodie, and she also wears black shorts and a pair of brown heeled shoes with pink socks. She also once again appears wearing the earrings that she wore in Splatoon and also wearing a pink beanie with a star on it, the same star and pink beanie she wears when posing as Agent 1 in the first game.

In Splatoon 2, Marie wears a dark-grey kimono with a very distinct design pattern on the robe, as well as holding a parasol with the Cuttlegear logo on the canopy and also wears traditional Japanese sandals. Also, both Callie and Marie wear gloves, white collar necklaces, and white, chunky earrings.

In Splatoon, they usually host the news, as well as the Splatfests that they used to be the performers for. When Cap'n Cuttlefish was captured in after Agent 3 defeated the third boss, they were called in by him to be the latter's guide and to help them find and retrieve the Great Zapfish. They will then reveal themselves to Agent 3 as the Squid Sisters, after overriding Octavio's music with their own, singing the song "Calamari Inkantation".

In the sequel, Marie can be seen standing over a manhole cover in Inkopolis Square, which leads to Octo Canyon, the single-player campaign mode. When entering the manhole, Marie appears standing across from the now-Agent 4 of the New Squidbeak Splatoon, with her back facing toward the player, she then introduces herself as Marie of the Squid Sisters, however, much to her shock, Agent 4 doesn't know anything about them. She also indicates to Agent 4 that, in truth, she is Agent 2. 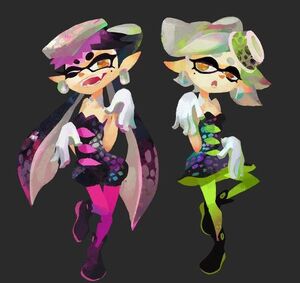 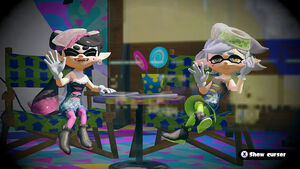 The two in Inkopolis, waving at the player.

The various colors during each Splatfest.

A gif featuring the two along with Judd, the cat. 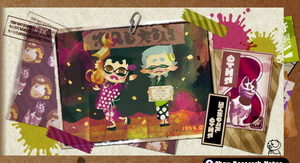 The girls in their youth. 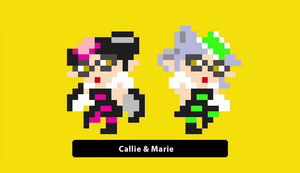 Their appearance in Super Mario Maker. 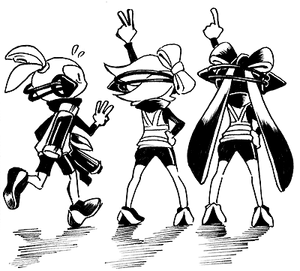 The sisters in the credits, along with Agent 3. 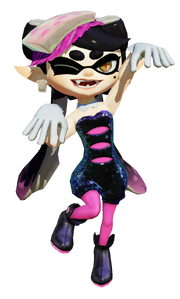 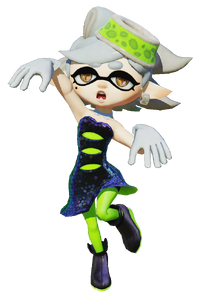 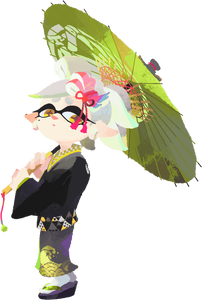 Marie as she appears in Splatoon 2

Marie introducing herself to Agent 4 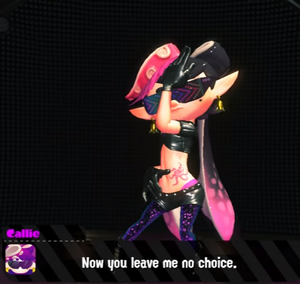 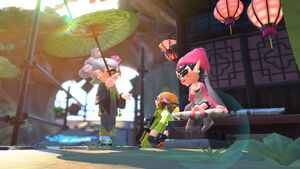 Marie reunited with Callie, along with Agent 4 visiting The Squid Sisters as they appear in Super Smash Bros. Ultimate
Add a photo to this gallery

Retrieved from "https://hero.fandom.com/wiki/Squid_Sisters?oldid=1678689"
Community content is available under CC-BY-SA unless otherwise noted.