Attraction at the aquatic park, Bubbleland

To be a musician

Anthropomorphic Squid
Squiddly Diddly is the round-headed, sailor-hatted Squiddly, more octopus than squid in appearance, lives in an aquatic park known as Bubbleland.

Squiddly Diddly is an aspiring musician who makes many attempts to escape and attain musical stardom but is constantly foiled by Bubbleland's administrator Chief Winchley. In some episodes Squiddly Diddly manages to escape but chooses to return to Bubbleland, considering the outside world to be too harsh.

He is a purple squid with a round head, he wears a white hat and a red shirt. And he's voiced by Gregg Berger in 2009-present. 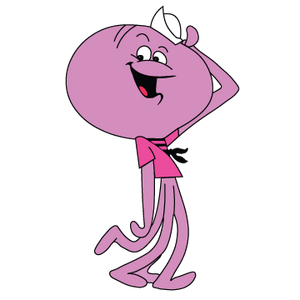 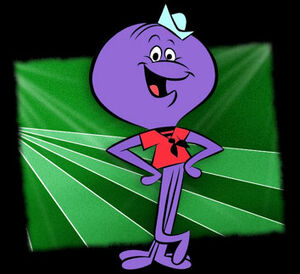