Accountant
Member of the Losers' Club

Hanging with his friends

Stanley Uris is one of the protagonists of Stephen King's novel IT. He was a member of The Losers' Club. He assists the other Losers in fighting It in 1958, but does not return to Derry in 1985 to help them a second time when he committed suicide.

As a kid in the 1990 miniseries, Stan is portrayed by Ben Heller.

As an adult in the 1990 miniseries, he is portrayed by Richard Masur.

As a kid in the 2017 film, he is portrayed by Wyatt Oleff, who also portrays young Rumplestiltskin in Once Upon a Time, young Star-Lord in the Marvel Cinematic Universe, and Stanley Barber in I Am Not Okay with This.

As an adult in the 2019 sequel, he is portrayed by Andy Bean.

In the novel, Stanley is described as fastidious, wears formal clothes and has black hair. In the 1990 mini-series, his appearence is the same as the novel. In the film adaption, he has curly light brown hair and still has the fastidious mannerisms the original Stanley Uris has.

Stan was one of the only Jewish kids in the school, something which resulted in severe torment from Henry Bowers and the other bullies. Not only do the bullies berate Stan about his religion, but Richie constantly jokes and makes fun about it as well. Stan was a very methodical and mature child, particular about always keeping clean and (in the 2017 Film) suffers from OCD. He is also the most skeptical and fearful of It, not being able to accept the happenings around him at first and terrified to believe that It is real. He has a very set way of approaching life, so the appearance of It in his life turns everything around and confuses and terrifies him. In the book, he is shown as having a strange sense of humor, telling jokes that the losers don’t understand, because he is an intellectual.

Stan's favorite hobby is bird watching. He can often be seen with his bird book (something that is later used to fight against It).

As a child, he was good friends with Bill Denbrough, Ben Hanscom, Richie Tozier, Eddie Kaspbrak, Mike Hanlon and Beverly Marsh. He was said to “chum with” Bill, Richie and Eddie on occasion, but he first joined the Losers' Club at the same time Richie did, helping Bill, Eddie, and Ben build the dam in the Barrens.

In the novel, Stan's family is Jewish but they do not follow the practice very strictly (Stan did not even know what it meant to be kosher). However, in the 2017 film his father is a Rabbi. He appears to have a close relationship with his parents, although they seem to put a lot of pressure on him. Bill and Eddie state that it is typical for Jews to "have big noses and a lot of money", but that Stan "had a normal nose and never seemed to have enough money."

Stan is reluctant to tell the others about his encounter with It until later, when he is helping Beverly wash the blood-stained rags from her own encounter with It at the laundromat. Like Richie, he believed that his encounter had been a dream at first. He even told the Losers that he attempted to convince himself what he had seen had been an epileptic fit of some sort, as it was easier to come to terms with than the reality of what he had seen.

The appearance of It for Stan happens one day when he is bird watching in the park where the Standpipe was. When he looked at the Standpipe, he said that to him it had appeared to be floating. He then heard the door of the Standpipe open, and, curious as to how it could have opened on its own, he decided to venture and take a look. As he ascended the stairs into the Standpipe, he heard footsteps and then saw shadows above him.

The door behind him slammed shut. A voice began to call to him, claiming that they were "the dead ones", as he later found out meant the children that had drowned in the Standpipe. Reaching for his bird book, he began to chant as many names of birds has he could remember, which resulted in the door opening as he chanted more, finally allowing him to go back out into the park. However, when he turned his back, he saw a hand devoid of fingerprints, beckoning for him to come to them.

Stan also has intense difficulty accepted the reality of It targeting the Losers when Mike brings his father's photo album of pictures of Derry throughout history. As the group looked through the pictures, the images inside came alive as they did when Bill and Richie had looked through Georgie's photo album, and Pennywise began to try to harass them. After the book was closed, Stan was unable to deal with what he had just seen. He repeatedly began saying "no" and denying what he had seen, until Bill told him that they had all seen it. Stan says, however, that he did not want to see it.

While in the sewers, Stan was the most uncomfortable and terrified. He said that he could, in fact, deal with the fear he was experiencing. What he could not deal with was being dirty and not knowing where he was.

After the kids escape the sewers after defeating It for the first time, Stan leaves the group momentarily to retrieve a discarded Coca Cola bottle. He breaks it on a nearby rock, and uses a shard of the glass to cut the palms of all the Losers. Stan makes a joke about cutting his wrists instead of his palm (a foreshadowing to his death as an adult), and Bill even considered trying to stop him as he was unsure whether Stan was joking or not. After all of the Losers' palms have been cut, they hold hands in a circle and make a pact that if It ever came back, they would all return to Derry to fight it once more and defeat it once and for all.

In the 2017 film adaptation Bill Denbrough is the loser to initiate the blood oath and cut the rest of the group's hand, which seems to make more sense as throughout the adaptation he is shown to be the strongest and have the most motive for killing IT.

As an adult, Stan is in a happy marriage with his beautiful and loving wife Patricia. Stan has an extremely successful job as an accountant in Atlanta, Georgia and it is noted that Patricia is very proud of their large house. He also was a Woody Allen fan. Patricia and Stan had been trying to have children for a long time, but to no avail. They went to many doctors to check if they had any problems or diseases, but it showed that they were both perfectly normal.

When Mike calls Stan to tell him that It had returned to Derry and that they would all have to come back to fight it, Stan cannot comprehend this at first. His memories rush back almost right away, unlike the others, Stan is filled with the same intense fear he battled as a child. After the phone call, he tells his wife that he is going to take a bath. His wife, Patty, insists that she was going to scrub him, therefore going to check on him. There, she sees that he cut his wrists in shape of 'T'. With his own blood, he writes the word 'IT' on the bathroom wall.

In It: Chapter Two, Stan wrote a letter on why he committed suicide, stating he was taking himself out of the equation. He knew that he couldn't help them as he would hold them back, but knew they could defeat It themselves. 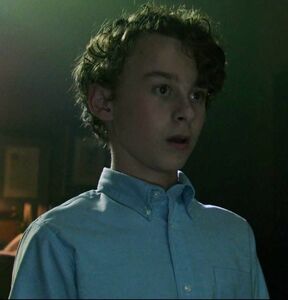 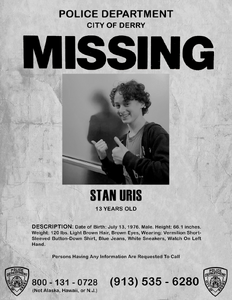 Stan with Bill, Eddie, and Richie. 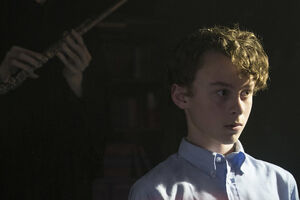 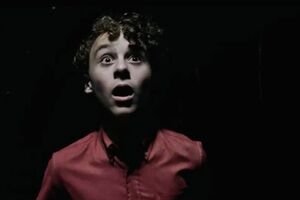 Stan with the club after It's first defeat. 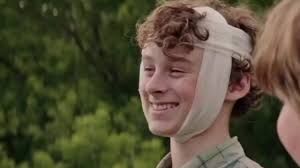 Stan With His Head Injury. 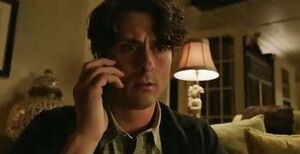 An adult Stan in It: Chapter Two. 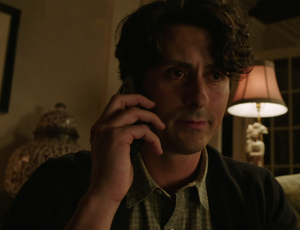 Stan's death in It: Chapter Two.