Destroy, later protect Rachel Roth from the Organization and Trigon.


Prevent Trigon's return (both failed.) Stop Cadmus Laboratories and Deathstroke
Discover the truth of her visions of her and her sister
Defeat Scarecrow (all succeeded)

Princess Koriand'r, also known as Starfire and Kory Anders, is one of the deuteragonists of the DC Universe series, Titans. She is a warrior princess from the Planet, Tamaran sent to earth to destroy Rachel Roth to prevent Trigon's return. However, Kory loses all memory, forgetting her mission and instead befriends her target. She joins the Titans to protect Rachel from the Organization.

Starfire is portrayed by Anna Diop.

Koriand'r was born on the planet Tamaran, born to King Myand'r and Queen Luand'r and had a younger sister, Blackfire. Being the firstborn, Koriand'r was going to rule one day. However, Kory did not inherit the royal ability to control fire, and instead, her sister did. .however, their parents transfered Blackfire's power to Starfire. The royal family covered the story, making it appear if it was Starfire who had the powers instead.

As a child, Kory was often adored by the people and her parents showing favoritism over her sister. Annoyed by her more successful sister, Komand'r grew jealous of . At one point, Koriand'r had romantic relationships with the royal guard, Fadddei that ended in scrutiny. After undergoing many trials, Starfire was allowed to go to Earth to prevent Trigon's return. She was to assassin the daughter of Trigon to prevent his return and the destruction of the world, Tamaran included.

Tamaranean Physiology: Being a Tamaranean, Koriand'r has advanced powers and abilities humans are not able to accomplish. She has an advanced physiology and regenerative healing factor and a skilled assassin. 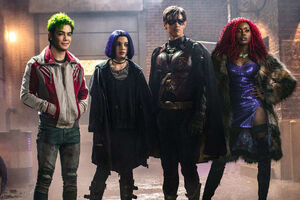 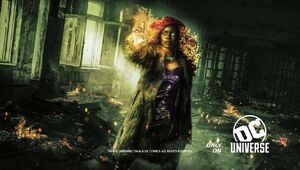 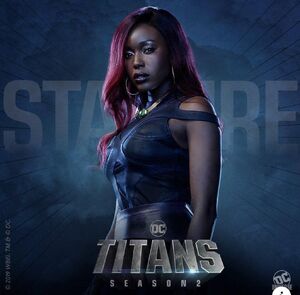 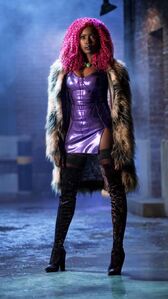 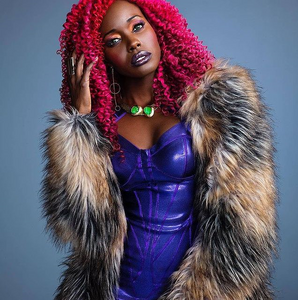 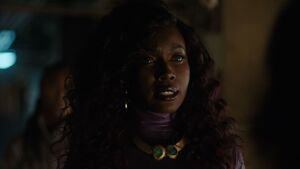 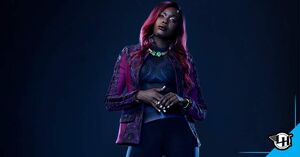 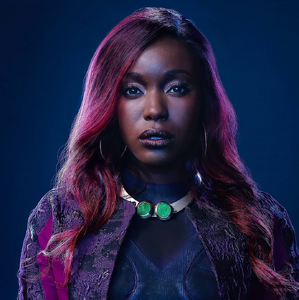 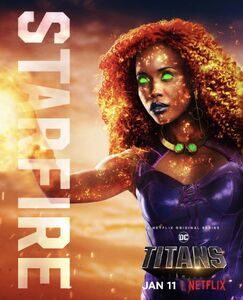