Heroes Wiki
Register
Don't have an account?
Sign In
Advertisement
in: Articles under construction, Outdated Articles, Male,
and 18 more

Adventurer Monarch
Starfy is the titular protagonist of The Legendary Starfy series. He is the prince of the Pufftop Kingdom, along with his best friend, Moe the clam, and his younger sister, Starly.

While Starfy was carrying treasures, he slips and accidentally dropped the jar that Ogura was sealed, Ogura used his powers to create a storm on Pufftop causing Starfy to fall into the ocean, Starfy was found by Old Man Lobber, who tells him that he fell on his home and rest for now.

Old Man Lobber tells Starfy that the ocean became dangerous and tells him go to Herman, once Starfy arrived where Herman was, Herman needed help, his house (which refers to his shell) was missing, he tells Starfy to find it,

Starfy appears as a Assist Trophy. However, unlike most Assist Trophies, Starfy is vulnerable to opposing attacks, and can be sent flying out of the stage easily. He makes up for this with strong attacks, as well as a wide range of moves, such as a spin attack, and a fiery explosion. Starfy also appears as two stickers: Starfy from Densetsu no Stafy gives Yoshi's, Pikachu's, Diddy Kong's, and Pokémon Trainer's Pokémon's boost to tail attacks by 7, and Starfy from Densetsu no Starfy 2 give boost to head attacks by 10 to any fighter.

Starfy takes the roles as a assist trophy and collectible trophy again.

Starfy appears as a assist trophy again, also appears as a ace primary neutral spirit who decrease the user's weight wich only can be summoned using cores from Moe, Mermaid and Old Man Lobber. 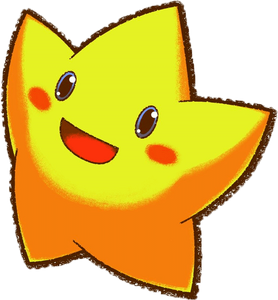 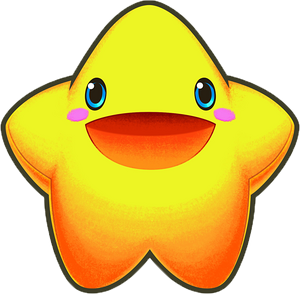 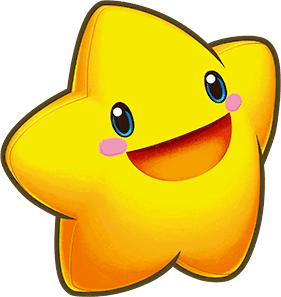 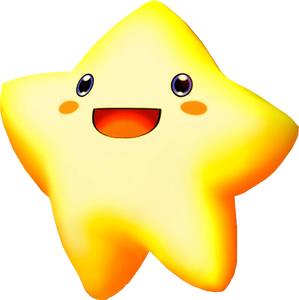 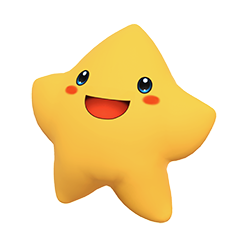 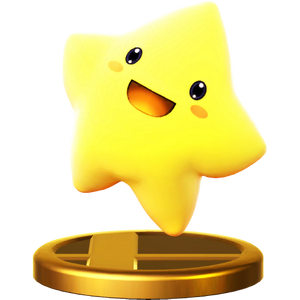 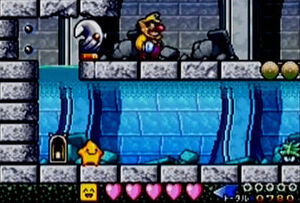 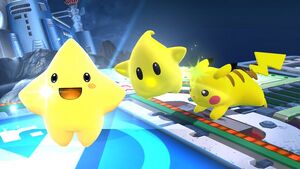 Starfy With Luma and Pikachu