She is voiced by Audrey Wasilewski in the games, and by Ashley Tisdale in Skylanders Academy.

As a small child, Stealth Elf awoke one morning inside the hollow of an old tree with no memory of how she got there. However, she was taken in by an unusually stealthy, ninja-like tree creature in the deep forest. Under his tutelage, she has spent the majority of her life training in the art of stealth fighting. After completing her training, Stealth Elf became a Skylander, putting her skills in good use while also trying to uncover the mystery behind her origins. 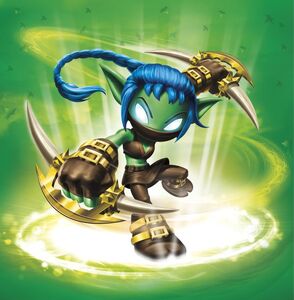 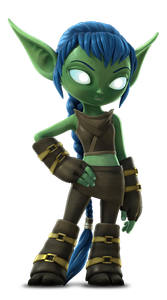 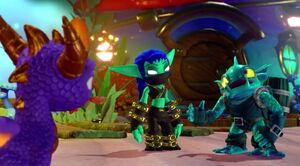 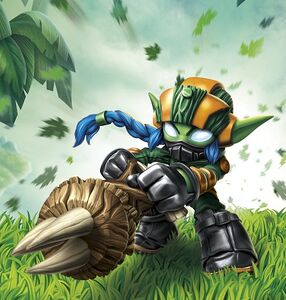 Retrieved from "https://hero.fandom.com/wiki/Stealth_Elf?oldid=2178129"
Community content is available under CC-BY-SA unless otherwise noted.