Stella (Over the Hedge)

Foraging in the woods

Try to find a mate (Succeeded)

In Love And Bold Animal

Stella is a striped skunk who is a major character in Over the Hedge.

She is voiced by Wanda Sykes, who was also the voice of Bessy in Barnyard. In the Japanese dub from the movie, she is voiced by Yukiko Tomochika, who also voiced Taffyta Muttonfudge in Wreck-It Ralph.

Stella is a striped skunk with luminous green eyes and a small pink nose. She used to have white stripes and white hair on her head but some of the hair was cut off when she was disguised as a cat.

She is sassy, talkative, self-conscious, short-tempered, and quite bossy. She used to get offended when it was suggested that she needed a male in her life until she met with Tiger, but after her makeover complete with a cork, she feels approved for it.

Not much is known about Stella's past, other than the fact that she has disliked the fact that she is a skunk for quite some time. Due to this, her search for a mate has been unsuccessfull and she is quite aggressive on the subject involving men.

Stella had just finished hibernating and it was spring. When the other animals refused to get out of the log, she made them get out by threatening to spray them. Penny is shown telling her she needs a man in her life, causing her to be increasingly rude and sassy, telling her to call her when they find a man who has no sense of smell.

When Verne the Turtle falls through the hedge, she threatens to spray it, thinking it ate him, until Verne reveals he simply tripped. When RJ the Racoon arrives, he reveals all the food that the humans have, and convinces them to come and eat there. She eats from a trash can until she and the others are chased off by a woman named Gladys Sharp.

Later on, she helps RJ and the other animals steal from the humans. She plays a key role in one of them, hiding in a birthday cake and bursting out, scaring off all of the humans, allowing the animals to take the food, prompting Gladys to call the Verminator. After Verne loses all the food and makes a comment that hurts their feelings, RJ helps her and the others reconcile with him.

RJ then comes up with a plan to get all the food back by stealing it from Gladys' house. The first step is to get the collar from her pet cat Tiger. The animals put makeup on her to make her look like a cat. At first Tiger does not buy it, but after she starts tongue lashing him, which he sees as bold, he starts to become interested in her. They talk with each other about their lives while the animals steal the food. During the conversation, they start to fall in love.

The plan goes awry when Gladys awakens and sees the animals. Stella sprays the whole house, where it is revealed Tiger has no sense of smell. RJ reveals he has been using them to get the food to a bear named Vincent, as he had previously destroyed his food. The Verminator appears and tries to trap Stella in a net, but Tiger pushes her out of the way, getting caught instead. The animals are caught, save for RJ who escapes with the food. As they are taken away, RJ has a change of heart and pushes the wagon of food in front of the van, knocking the Verminator unconscious. Stella is unforgiving and threatens to gas him until Verne convinces them he means well.

However, Vincent the bear appears and, enraged at RJ losing the food again, attacks the animals until he is caught by balloons and taken to the air by them. The van lands into Gladys house, where she, the Verminator, and Vincent, who had escaped the balloons, attack. During the fight, all three villains land into Gladys backyard and into one of the Verminator's traps, frying them and trapping them in a cage. Afterwards, Vincent is taken to the Rockies, while Gladys and the Verminator are arrested for illegal traps. Tiger escapes into the wild that he likes, and from what is shown, has now become Stella's boyfriend. She and the other animals then accept RJ as a member of their family. 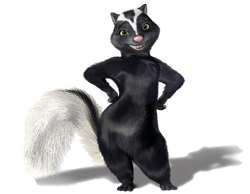 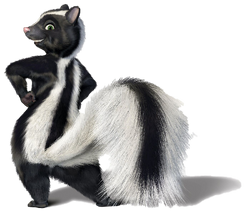 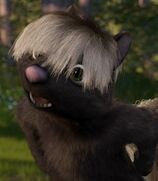 I got makeup on my butt, dude! 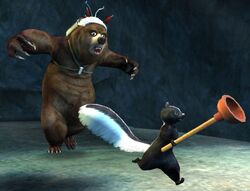 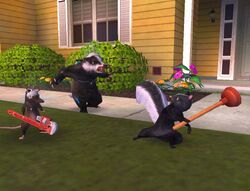 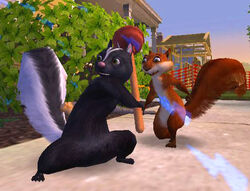