Stella Shortman is mother of Arnold Shortman and wife of Miles Shortman.

She is voiced by Antoinette Stella.

Arnold finally sees his parents Miles and Stella, who are alive but have been contaminated with the sleep sickness.

The temple releases the cure and the infected are revived. Arnold and the city's children reunite with their parents.

A few months later, Arnold wakes up in his bedroom and rushes downstairs to find things seemingly back to the way it was before the trip, only this time his parents are cooking breakfast. Arnold says goodbye to his parents as he heads off for his first day of sixth grade with Gerald, Phoebe, and Helga.

Arnold's parents walk with him and his friends to school and Arnold tells his mom and dad that they'll see him at 3:30 as the school doors close behind him. 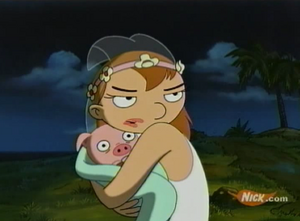 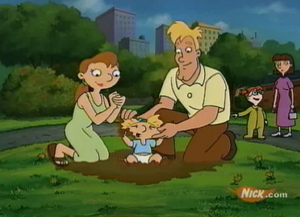 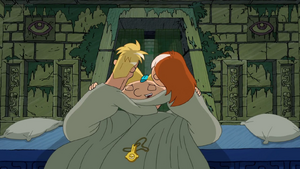