Kill Bad Captain and Tim for stealing his Tank (formely)
Form an alliance between the Tankmens and the Henchmens while watching the movie Titanic (suceeded).
Helping Captain escape from Thugmens revenge (suceeded).
Kill Boyfriend and Girlfriend for entering his military zone (Failed)

Steve is the deuteragonist of Newgrounds webseries Tankmen. He is the youngest member of a faction named Tankmens and he is Captain's best friend.

Steve is among the youngest of the Tankmen, he speaks of a teenager accent, he is a little incompetent and dim-witted, but he has charisma, he is rather agile and cunning.

Steve gets along very well with his friends (as with Tankmen and especially the Henchmens), he is still a coward (for example he is attacked by the Thugmens for their thirst for revenge).

Steve has black armor with black gloves and boots, a white plaston and a black helmet, and unlike other Tankmens, he has a visor with two white circles resembling glasses. 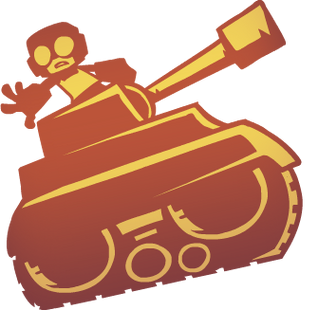 Steve in the background of Friday Night Funkin' Week 7. 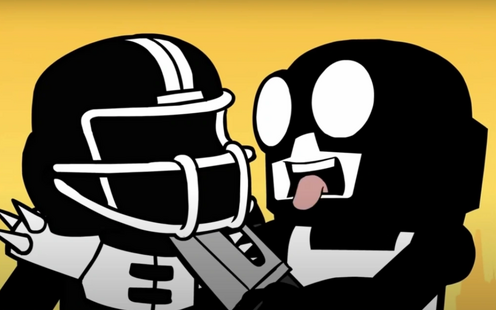 Steve being sort of gay.
Add a photo to this gallery
Retrieved from "https://hero.fandom.com/wiki/Steve_(Tankmen)?oldid=2280042"
Community content is available under CC-BY-SA unless otherwise noted.