NOTE: This article is about the incarnation of Steve Trevor from the DC Extended Universe. The mainstream version can be found here: Steve Trevor (DC).

Becoming an officer of the United States Army Air Service and spy for British Intelligence, Trevor joined the Allied Powers during their battle against the Central Powers during World War I. He was first man that Princess Diana ever met, and became her love-interest while thwarting the plans of General Erich Ludendorff and Ares. Trevor sacrificed himself to stop the war, and was deeply missed by Diana, who later took on the moniker of "Wonder Woman". In 1984, Steve returned possessing a body due to Diana using the Dreamstone, and he helped her stop Maxwell Lord before having Diana undo her wish.

He was portrayed by Chris Pine, who also played James T. Kirk in the J.J. Abrams Star Trek films, and Robert Bruce in Outlaw King, and also voiced Jack Frost in Rise of the Guardians, and Ultimate Spider-Man in Spider-Man: Into the Spider-Verse.

Stephen "Steve" Trevor was born in 1884 in the United States, and was raised by his father who told him that if see something wrong the world, you could either do something or not. Presumably before the Great War, Trevor joined the United States Army and managed to join their Air Service. Trevor proved himself to be capable officer, managing to reach to the rank of captain and becoming a spy for British Intelligence by the start of World War I. While stationed in London, Steve met and befriended Etta Candy, who became his secretary.

Trevor was tasked with collecting intel from an Ottoman Empire base run by General Erich Ludendorff, and managed to find a notebook that held notes on toxicology. After seeing Doctor Poison and seeing the notes contained information on mustard gas, Trevor stole a plane to escape from the base, but was shot down in open sea. Crash landing near Themyscira, he was saved by princess Diana, who was in awe of seeing her first man. Once coming to his feet, Steve assisted Diana and the Amazons in fighting against the German imperial soldiers that came on the island. Though he assisted the Amazons, they put him on trial and used the lasso of truth to compel him to reveal his plans. After revealing of the Central Powers and their plans, he was allowed to recover where he was greeted by Diana.

After hearing her plan to help man fight against the Central Powers, Steve agreed and the two left Themyscira and headed to London. After giving the notebook to his superiors, they refused to act despite the threat of a even more deadlier mustard gas, angering Diana. Steve then lied to his superiors that he wasn't going to act, and met with Candy to get Diana clothing and later saw her fight off criminals. Trevor formed the Wonder Men, a team to assist Diana in battling against the Imperial Germans on the battlefield, and successfully liberated a village from the opposing force. While helping their allies during the war, Steve became close to Diana, and the two slowly fell in love with each other. In addition, Steve didn't believe of Diana's belief that the Greek god of war Ares was motivating mankind to become cruel, and at points stop her from killing General Ludendorff when she had the chance at a gala.

During the final battle, Steve and his team realized that the Imperials planned on using the gas via their planes, and decided to stop them. Seeing that he would possibly die from this, Steve told Diana he loved her and boarded the plane. He then ignited the plane and destroyed it from using the gas, thus sacrificing himself. Diana managed to stop Ares, who attempted to persuade her that mankind was monstrous, but she kept Steve's words at heart. After his passing, Trevor was posthumously awarded for his actions, and Diana kept the picture a photographer took in Belgium of her with him and the Wonder Men.

In 1984, Diana continued to miss Steve despite helping the world as "Wonder Woman", and she used unwittingly wished his return by being near the Dreamstone. By the wish made Steve possess the body of a unnamed man, and the two reunited and stayed together for a while. Though grateful that he was back, Diana was concerned on how he returned, and learned that the Dreamstone could give anyone what they wished for. Seeing that Diana needed his help, Steve accompanied her on stopping Maxwell Lord from using the Dreamstone, and had Diana undo her wish so she could stop Barbara Minerva.

In the twenty-first century, the photograph of Steve with Diana and the Wonder Men was discovered by the wealthy CEO Lex Luthor, who was looking for any presence of superior beings and other metahumans. Luthor then placed the picture into his files on Diana, but it was returned to her by Bruce Wayne.

A photograph of Steve with Diana in 1918. 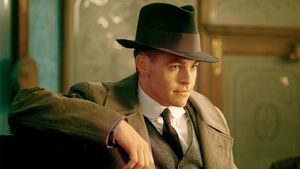 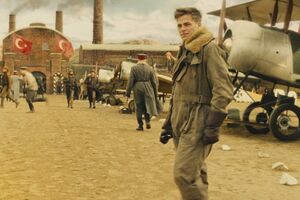 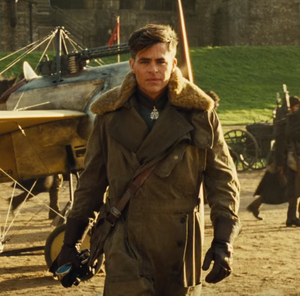 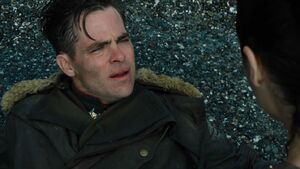 Steve after being rescued by Diana. 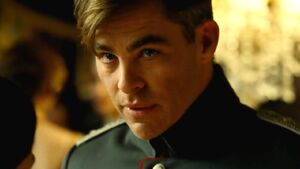 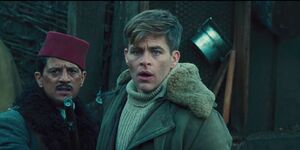 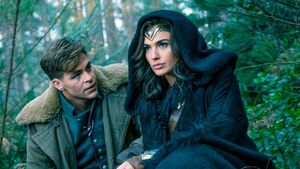 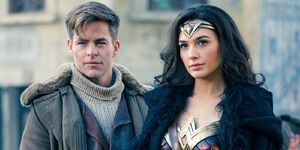 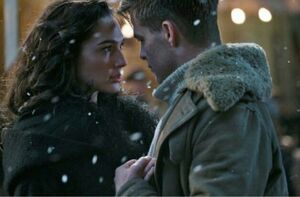 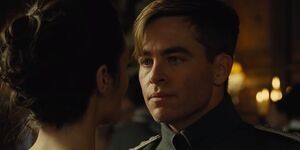 Steve moments before his death.