Jem and the Holograms

To be appreciated and taken seriously

Mary Phillips, better known by her stage name, Stormer, is a heroine in Jem and the Holograms. She is the youngest member of The Misfits. She plays the keytar and writes most of their music.

Stormer has long, curly, cobalt blue hair that she adorns with an orange flower.  Her makeup consists of three orange streaks on her left cheek, a small lightning bolt on her right, and wears red lipstick and green eyeshadow. She is usually seen wearing an asymmetrical pink shirt with a strip of zebra print fabric along the top, along with a black pencil skirt. She wears a black studded armband on her right arm, wears fishnets and black stilettos. Her appearance in the animated series is virtually the same, with the exception of her hair being longer and less curly.

Stormer is shown to be very sensitive and kind, unlike the other members of The Misfits. She goes along with most of the plots to upstage and sabotage Jem, but will voice her concern if she thinks that they are getting out of hand. In the episode Frame Up, Eric and The Misfits have their goons steal the concert's ticket money, and frame Jem. Right as Jem is about to be taken away by the police, a mysterious, cloaked woman appears and says that she can prove that Jem is innocent. This woman turns out to be Stormer in disguise, who did not want Jem to go to jail for a crime she didn't commit.

Stormer takes a lot of abuse from her fellow Misfits. In the episode The Bands Break Up, she became frustrated with the other Misfits, then quit the band after they made fun of her for wanting them to be more serious about her newest song. She also has a bit of a tsundere personality, shown when she and Kimber first saw each other in the same episode before singing and having banter. Frequently, she will say something sweet and kind, and the other Misfits will stare at her until she corrects herself.

Stormer and Craig have a very good relationship. He is very protective of her, as shown in  The Talent Search. When Stormer asks Craig to find out Jem's real identity through Aja because the Misfits have threatened to kick her out, he threatened Eric Raymond and the other Misfits, and tells them that if they don't start treating his sister better, they'll have to deal with him. In the episode Britrock, at the airport, Stormer catches a taxi to see Craig, despite The Misfits insisting that she comes with them.

In the episode The Bands Break Up, after Stormer leaves The Misfits, she meets Kimber at a club called The Scene and they perform a song using Stormer's music and Kimber's lyrics. They decide to team up and release their own music, but they couldn't finish the album by themselves, so Jerrica helped them release their album under the Starlight Music label. Jem and Pizzazz think that Stormer and Kimber are bad influences on each other, but Kimber and Stormer prove to be good friends and a good team--so much so that Jerrica extends an offer to Stormer to join the Holograms. After Stormer returns to the Misfis at the end of the episode, she and Kimber maintain their friendship throughout the rest of the series. In the comics she and Kimber are gay.

Stormer was friends with Ashley very early in the series. They first met when Ashley joined The Misfits entourage in Kimber's Rebellion, and bonded over their mutual fear of Pizzazz and Roxy. When Eric and The Misfits kidnapped Ashley and put her in a trunk, Stormer tried to save her, only to be caught by the other Misfits. Together, she and Ashley teamed up to prove Jem's innocence when she was framed for stealing ticket money from a show in Las Vegas. When The Misfits found out that the Holograms were using the money from the Starbright movie to pay for a Starlight Girl's eye operation, Stormer's first response was: "Which little girl?", worrying that the girl getting the operation was Ashley. 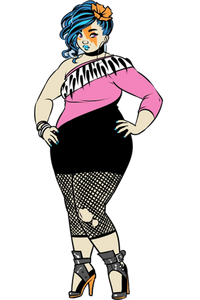 Stomer in the comics 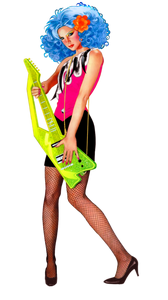 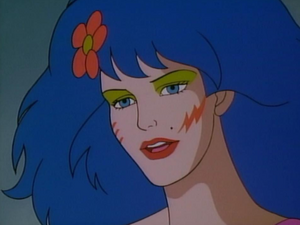 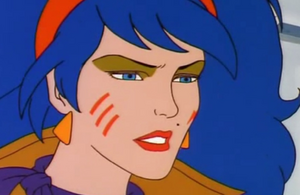 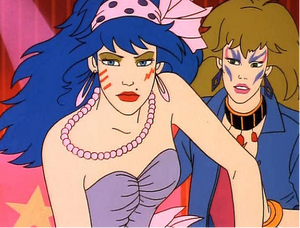 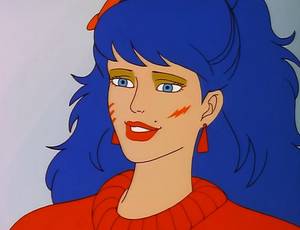 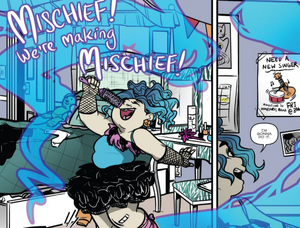 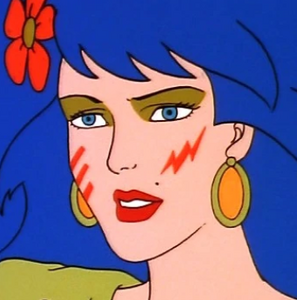 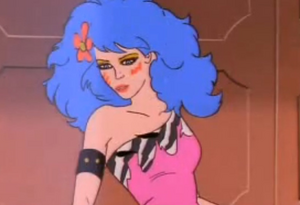 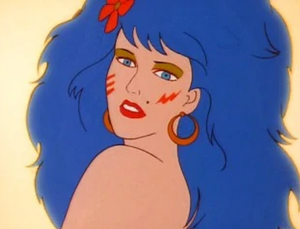 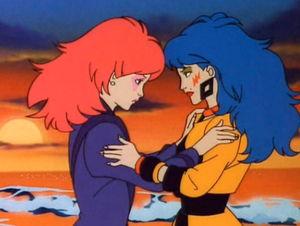 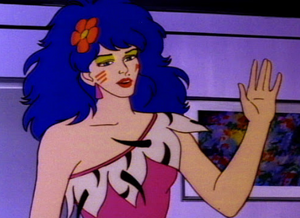 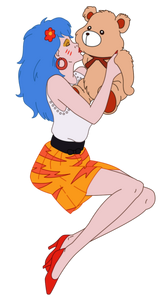 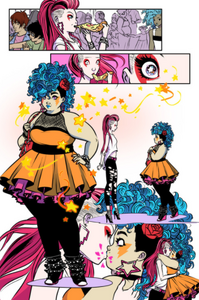 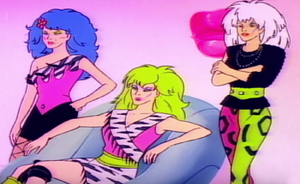 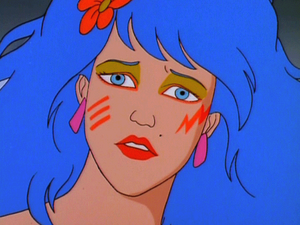