Subject Delta is the main protagonist of BioShock 2. Delta is a Big Daddy that was permanently bonded to Eleanor Lamb and will stop at nothing to save her from her her abusive mother by having her escape Rapture.

Much of Subject Delta's past is unknown, except that he was once an underwater explorer that unintentionally found Rapture in one of his adventures. While Andrew Ryan was skeptical of him, the man that would become known as Delta was given the nickname "Johnny Topside" and became something of a celebrity to the residence of Rapture.

One day, a journalist by the name of Stanley Poole gave Andrew Ryan a story which convinced the already-skeptical leader that "Johnny Topside" was working for the governments to exploit the underwater city and take it over. Due to this fear and anger, Ryan had "Johnny Topside" captured and subjected to cruel experiments until he was transformed into a powerful creature called a "Big Daddy".

Eventually, in one of their regular routine gatherings of ADAM, Eleanor was attacked by a group of Splicers, who eventually hit him with a mind control Plasmid. Upon being hit by the Plasmid, Sofia Lamb stepped out of the shadows and told Delta to kill himself with her gun. Unable to break free, Delta opened his helmet and shot himself in the head.

Ten years later, Delta was revived by Eleanor, who eventually gained a way to influence other Little Sisters, and with them, was able to reprogram the Vita-Chambers to revive Delta should he be killed by Splicers. Delta had been given back his free will, though with most of his memories still gone, he goes to find Eleanor so they could leave Rapture.

Delta eventually finds an ally by the name of Augustus Sinclair, who reveals how, in the last decade, Sofia has become the leader of Rapture and been capturing girls to experiment on to create more Little Sisters. Throughout the game, Delta is confronted by several enemies and is given the choice to either spare them or take revenge on them.

As time goes on, Sofia continues to berate Delta regardless of his choices, claiming no matter what that he's a corrupt entity who has no soul, until she eventually non-fatally smothers Eleanor, which disrupts Delta's bond enough to prove eventually fatal.

As Delta is retrained by Splicers who are waiting for him to die from the disrupted bond, Eleanor successfully launched a recuse attempt that leads to Delta to being freed as he then returns to his mission of saving Eleanor from her mother.

Eventually, Delta and Eleanor manage to meet up with the plan to stop Sofia and allow Eleanor to live her life on the surface, but Sofia announces that, while Delta will die, and unless Eleanor agrees to join her, so will she. It is then revealed that Sofia has been able to convince her followers to lay explosives around Rapture so she can destroy it while she escapes, forcing the duo to make an attempt to reach an escape pod.

As Delta and Eleanor fight their way to the escape pod they set off one last charge as Sofia attempts to escape. The explosion causes the escape to flood and, depending on Delta's choices, Sofia's fate varies. If merciful overall, Sofia is saved, but if cruel, Sofia will drown. Regardless, Delta suffers wounds which, combined with the broken bond, prove fatal to his body.

However, Delta's essence can be absorbed by Eleanor, or he can choose to simply die. If he chooses to be absorbed Eleanor, she will say that now he will be there to guide her for the remainder of her life, but if he refuses, Eleanor will accept his choice, but admits that she will always miss him.

Due the the fact that Delta cannot speak due to being turned into a Big Daddy, much of how Delta thinks is left to the player's interpretation and choice. If Delta chooses to show mercy, then Delta is portrayed as a forgiving individual that will be selfless whenever the chance allows it.

If he chooses to take revenge, he's portrayed as a violent individual that will hunt down all those who crossed him. However, it is possible to get a mix, depending on how often the player chooses to kill those who can be spared to where he acts as what Eleanor describes as a symbol of justice that will save those who deserve mercy, yet kill those who cause harm the innocent.

No matter what the choice of the player, Delta will always be shown to be very protective of Eleanor to the point he'll kill any Splicer who attempts to harm her, even when his bond has been fatally disrupted. Delta is also shown to be rather clever at times by realizing and maximizing the surrounding area to his advantage, along with being able to hack the advanced technology around him.

Subject Delta is described as a large man roughly seven feet tall and resembling a traditional Alpha series Big Daddy. Delta is a seemingly muscular man who resembles a scuba-diver but how he appeared before becoming a Big Daddy or with his helmet off is never given to the audience.

As a Big Daddy, Delta is shown to be able to take damage that would otherwise be fatal to anyone else as well as superhuman strength. Delta is also shown to be skilled with a variety of weapons including a wide variety or firearms and a large power drill. As with most residents of Rapture Delta has a wide variety of other superhuman abilities due to the drug ADAM, a highly addictive drug that grants the ability to shoot fire, electricity, telekinesis along enhancing the durability strength. While most those who use ADAM only have one set of powers Delta is shown to be able to use any combination of them at a moments notice, due to this along with already being granted superhuman attributes as a Big Daddy Delta can be considered arguably one of the strongest characters in the series. One of the unique traits is unlike most the residence of Rapture, Delta can be revived from any violent death inflicted through a Vita-Chamber, however it is proven he's not rendered immortal as a death through a disrupted bond is said to of been permanent since it's a "natural" death which the Vita-Chamber seemingly can't undo. However while his bond with Eleanor is proven to be arguably his biggest weakness it also gives him the ability to communicate with her, see through her and Little Sister's eyes, and even allowing him to occasionally see their genetic memories. 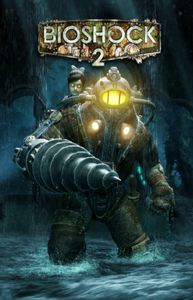 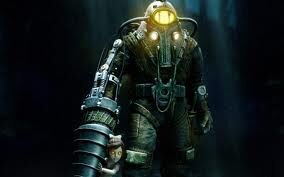 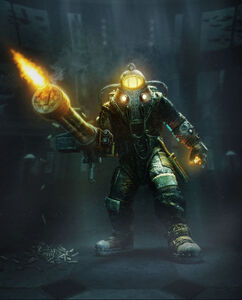 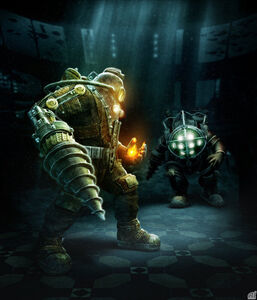 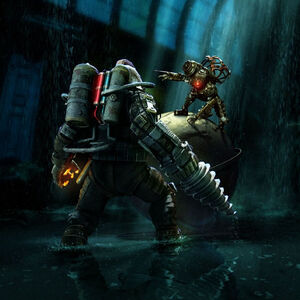 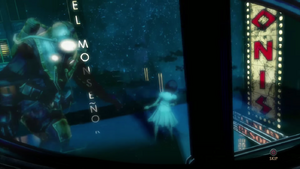 Delta sees his and Eleanor's reflection. 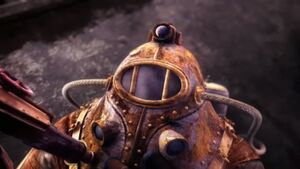 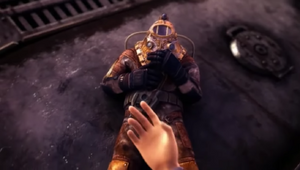 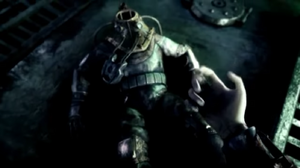 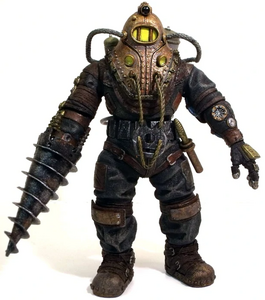 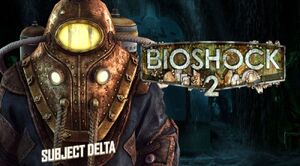 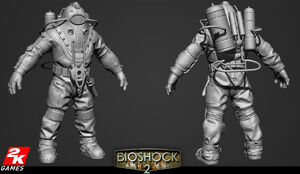 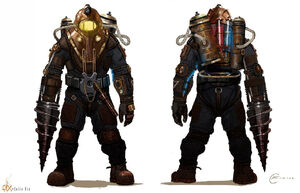 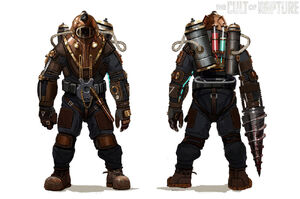 Retrieved from "https://hero.fandom.com/wiki/Subject_Delta?oldid=2277336"
Community content is available under CC-BY-SA unless otherwise noted.