???
Sukapon is the main protagonist of the NES video game Joy Mech Fight.

Sukapon was created by Dr. Little Emon and Dr. Ivan Walnuts before the latter went insane. It was ultimately a failed experiment that was supposed to be the ultimate fighting robot but ended up wanting to make people laugh.

One day Dr. Ivan Walnuts turns evil and steals seven robots to take over the world. Emon remodels Sukapon into a fighting robot to take on the robots. It fights them and turns them back to good, but Ivan creates more robots.

Eventually it defeats all the bad robots and boss robots, to finally take on Ivan and his ultimate creation, Houou. After a long and hefty fight, Houou is destroyed and Sukapon is remodeled back into a comedy robot.

Sukapon appears as a sticker that give a boost on launch power by 10 to any fighter.

Sukapon debut in Super Smash Bros. Ultimate as an assist trophy and a legendary primary grab spirit that increases the user's throw power. Its spirit battle is a stamina battle on the Coliseum stage against a Mii Gunner on a bear costume with increased power with Sukapon itself appearing as a hostile assist trophy. 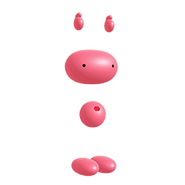