Summer Gordon is a friend of Barbie was first introduced in the 2004 Cali Girl line as an Australian girl with a brother named Blaine. Since 2004, Summer was Barbie's 3rd most featured companion untill 2008, when she was changed for Raquelle. She uses one of the most used Barbie head molds today called The Summer mold, marked 2003.

Summer has had many looks during the years. She has had a lot of drastic changes. If you look at the first Summer compared to the Fashionistas Summer they look completely different. The first Summer had brown hair, green eyes and  tan skin. She only looked like this in the Cali Girl line, between 2004 and 2005. Later lines, starting by 2006, featured her with blonde hair and lighter skin.

The 2007 Top Model line introduced a Summer doll with the Steffie face mold and pale skin. She had strawberry blonde hair. In 2011 after a 2 year absence she was featured as Delancey, a character in Barbie: Princess charm school. She was fair skinned, had brown eyes and Strawberry Blonde hair. She used the 2005 Barbie mold.

Summer eventually became American and was in Barbie and the Three Musketeers where she plays Aramina.  In late 2011 she was featured in the clutch Fashionistas 2012 first wave and had blonde hair with brown lowlights, and also the same mold as Delancey, brown eyes and fair skin. She kept the same look untill the second wave of the clutch fashionistas until her mold was changed for a brand new mold, marked 2011. She is still present as of the rainbow fashionistas and is a main character in Life in the Dreamhouse and it's video game. Summer is a whirlwind of energy, who only has one mode - go, go, go! The former runway model now strives to master every sport in the world. For her, even the simplest activities have ways of turning into epic contests. Some find this competitive spirit a bit too much, but Barbie just adores her undying enthusiasm. She loves caution and she is the opposite of Midge. 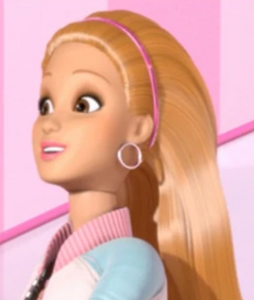 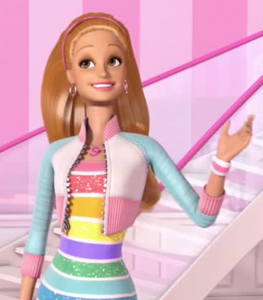 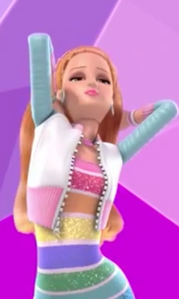 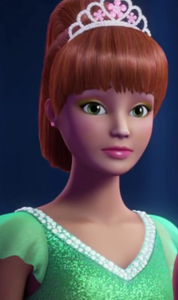 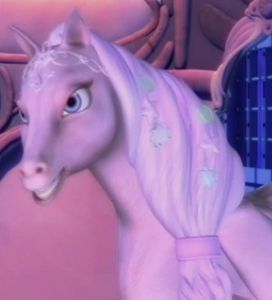 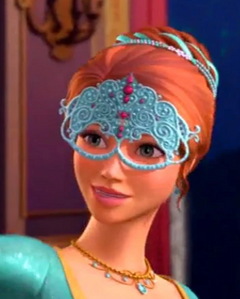 Summer as Aramina
Add a photo to this gallery

Retrieved from "https://hero.fandom.com/wiki/Summer_Gordon?oldid=1669863"
Community content is available under CC-BY-SA unless otherwise noted.