Roberta "Summer" Quinn is a character in the American television show Baywatch.

She was portrayed by Nicole Eggert in the TV series and later by Alexandra Daddario in the film version.

She was the youngest member of the Baywatch team and lived with her mother Jackie, who ran a restaurant called Jackie's Summer Place on the beach.

Summer was an athletic young woman with short blonde hair and blue eyes. She had a tattoo around her right ankle.

Summer was always working hard both with school and her lifeguarding duties. She and her mother Jackie had a mutual bond and she was good friends with her fellow lifeguards.

Summer was a star athlete in her hometown and a champion swimmer. She could easily outrace more experienced lifeguards like lt. Holden in the water, in fact she could outrace the lieutenant on dry land as well. Incidentally, not only was Summer the character an outstanding swimmer but so too was the actress playing her.

Summer had no trouble in qualifying for the Baywatch rookie school. During the training she did physically well, but had to overcome mental difficulties like her acrophobia (fear of heights). She finished sixth in the final physical test and was one of the thirteen rookies to qualify for a position in Baywatch.

Like all Baywatch lifeguards Summer was expected to be able to handle all the land and water vehicles at their disposal, including the Baywatch pickup trucks, the quad bikes, the Scarab boats and the jet skis.

Before leaving Baywatch for university Summer had become an excellent lifeguard. 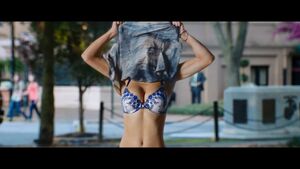 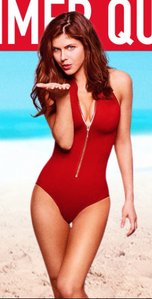 Alexandra Daddario as Summer Quinn.
Add a photo to this gallery

Retrieved from "https://hero.fandom.com/wiki/Summer_Quinn?oldid=2298818"
Community content is available under CC-BY-SA unless otherwise noted.