Showing off, technology, radio controlled toys, comic books, ruining Nobita's life, good days and chances of looking good in the eyes of others

Suneo Honekawa (born 29 February), is the semi-secondary antagonist of Doraemon. He is often seen with Gian, being forced to bully Nobita with him, though deep down he fears and despises him as much as everyone else and actually feels sorry for Nobita. Some of the stories start with Suneo showing off some new video game or toy which evokes Nobita's envy. He has an extensive knowledge of science, and is a talented artist and designer. He has the habit to invite Gian and Shizuka to something or someplace, but always leave Nobita out with one excuse or another.

In some scenes, Suneo is seen as a narcissist who loves to stare at himself in the mirror while telling himself that he is the most handsome guy in the world. He is still a bed-wetter and needs to wear diapers when he sleeps, despite being in the fourth grade. He considers this humiliating habit his secret weakness. Suneo is also very self-conscious about his height, being the shortest kid in his class.

He is voiced by Brian Beacock.

Suneo's personality is described as a cunning, prideful, cocky, arrogant, and narcissistic, as he always brags about unusual (and expensive) stuff including toys, comics, etc, he often brags about his dad's position as a president director of a company and holds a deep respect towards him (he wants to be the successor of the company). His highest and most "easy-to-see" personality is narcissism, in which often he likes to look in the mirror and talk about how handsome he is (like the queen in Snow White). Some of the stories start with Suneo showing off some new video game or toy which evokes Nobita's envy and irritation. He has an extensive knowledge of science, and is a talented artist and designer. 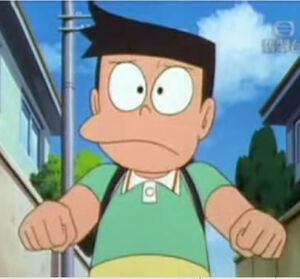 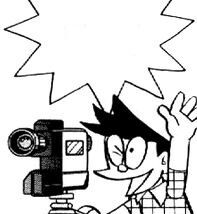 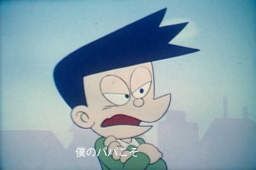 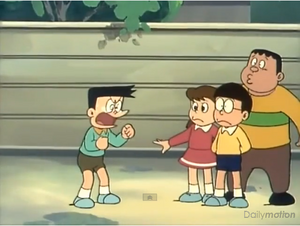 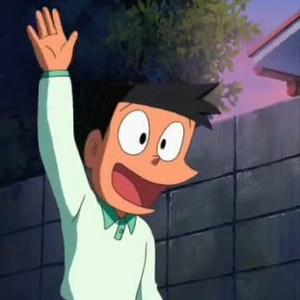 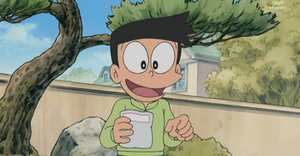 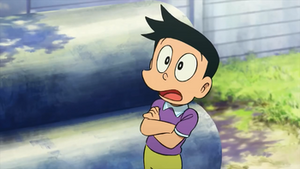 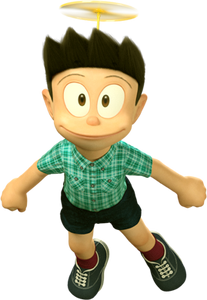 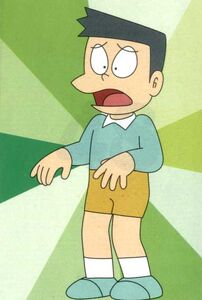 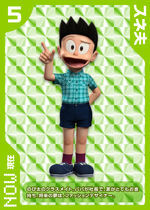 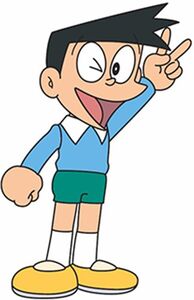 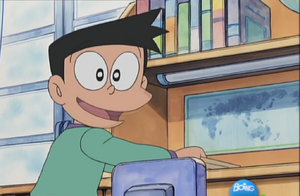 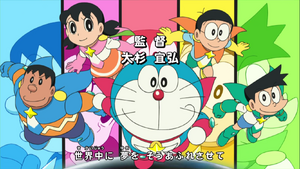 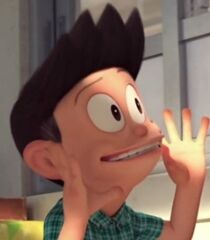 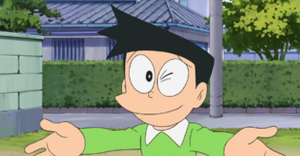 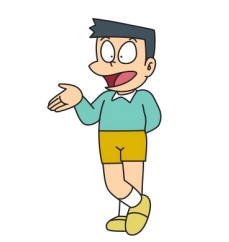 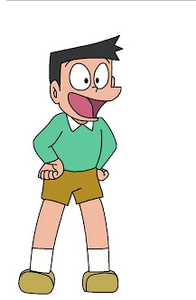 Retrieved from "https://hero.fandom.com/wiki/Suneo_Honekawa?oldid=1955991"
Community content is available under CC-BY-SA unless otherwise noted.