Sunfire (Shiro Yoshida (吉田 四郎 Yoshida Shirō?)) is a fictional character, a mutant superhero in the Marvel Comics Universe and former member of the X-Men.

In X-Men: The Animated Series, he is voiced by the late Denis Akayama.

Sunfire got his powers from his mother being poisoned by the radiation from the bomb dropped on Hiroshima. He vowed to use his radiation powers to fight a one-man war of revenge on the U.S., with the help of his Manipulative Bastard uncle Tomo. After his uncle revealed his true colors by murdering Sunfire's father, he surrendered himself to authorities. He was invited to join the new version of the X-Men, but only agreed to be on reserve status, because his temper and radiation powers combined means he doesn't play well with others. Sunfire is also a temperamental and arrogant Japanese mutant who can generate superheated plasma and fly. Not suited for teamwork, Sunfire was only briefly a member of the X-Men and has kept limited ties to the team since. 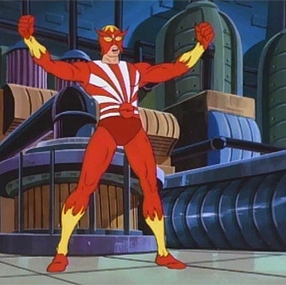 Sunfire in Spider-Man and His Amazing Friends 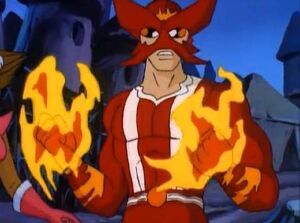 Sunfire in the 1992 X-Men animated series 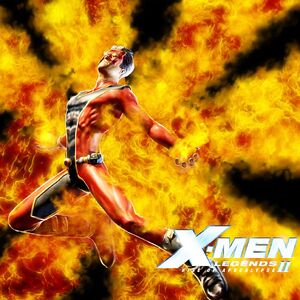