Sunspot (real name Roberto Da Costa) is a fictional character in the Marvel comics, and is a mutant from the X-Men series. He is a mutant with the ability to draw energy from the sun to give him superhuman strength. In his powered-up form, Sunspot appears as a being of black, crackling force. He is a founding member of the New Mutants, and Roberto's religion is Catholic just like his parents and it is one of the religions in Brazil.

Sunspot is portrayed by Adan Canto in the 2014 film X-Men:Days of Future Past, and Henry Zaga in New Mutants.

Roberto Da Costa is a mutant, with the ability, to harness the sun's power and possesses superhuman strength, speed, and durability. Born in Rio de Janeiro, Brazil, Roberto comes, from a wealthy family, his father was a millionaire and his mother was a archaeologist, and has been described as brash and quick tempered. Initially a member of the New Mutants, Roberto has since developed, a long history, with various X-Men related, teams as well as some villains. Currently, he is a member of the Avengers. Bobby became the owner of Da Costa International after the death of his father.

Roberto was a soccer player and mutant with solar powers form Brazil. He first manifested his superhuman mutant powers when, at the age of fourteen, he was playing in a championship soccer match for his school team in Rio de Janeiro. Motivated by racial hatred, a boy named Keller and another member of the opposing team knocked Da Costa to the ground. The hot-tempered Da Costa retaliated by tackling Keller, who began brutally beating him.

It was then that, without being aware of what was happening to him, Da Costa first manifested his superhuman strength. His body and clothing temporarily turned black in the process, and he inadvertently hurled Keller away from him. Confused and frightened, Da Costa sought help, but both the other players and most of the spectators panicked and fled. However, his girlfriend, Juliana Sandoval, who had been watching the game along with Emmanuel, stood by Roberto in his time of need.

Roberto's powers came to the attention of Donald Pierce, the renegade White Bishop of the Inner Circle of the Hellfire Club. Pierce sought to murder any superhuman mutants he could find. Pierce's mercenaries failed to abduct Roberto, but kidnapped Juliana instead. The mutant telepath, Professor Charles Xavier, founder of the X-Men, had learned of Pierce's plan to kill Roberto and sent his colleague, Dr. Moira MacTaggert, and the young superhuman mutants, Karma and Psyche, to help da Costa. After his powers activated he was recruited to become a member of the New Mutants.

Being a proud patriot of his adopted country the United States of America Bobby shows this by reforming some of the members of the Advanced Idea Mechanics into the American Intelligence Mechanics which helped create the U.S.Avengers.

Roberto is a hothead young boy who is known to fly off the handle. He's assertive courageous and determined. He never back down, believes he can handle his own problems and avenge any harm done to his friends.

He tends to assume that he's the person qualified to make the tough calls, the one who has to bare the world on his shoulders.

Roberto has a temper problem but has gotten better at keeping it under control.

Mutation: Sunspot's started when he was 14 to 15 years old. He had a lot of solar energy in his body and his anger triggered his mutant powers. 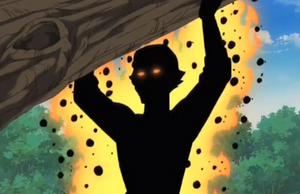 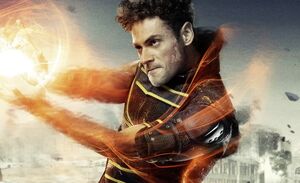 Sunspot in X-Men Days of Future Past 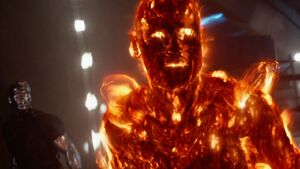 Sunspot powered-up in Days of Future Past. 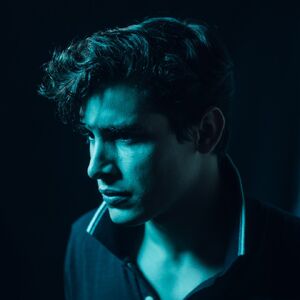