Super Sonico is a fictional character created by Tsuji Sanada of Nitroplus. Her debut appearance was on October 14, 2006 as the mascot for Nitroplus' annual live music festival event "Nitro Super Sonico", which took place at Shiba Park in Minato-KU. Nitroplus was initially focused on computer games based on visual novels, but every year since 2000 they have also held a music festival.

Sonico appears in the various media as an eighteen year-old college student. She is depicted as an attractive, busty and voluptuous young adult woman with large brown eyes and straight light pink hair. She keeps her hair long in back and in the front it covers her forehead, around her eyes, down to the bridge of her nose. She is always shown wearing her signature headphones on her head. Her depictions show much variation in her facial features and body proportions between the different artists, while always keeping her trademark traits; headphones, pink hair color and large bust. She also appears as a gravure idol as well as the vocalist and guitarist of the fictional band First Astronomical Velocity. She is prone to sleep in a lot, often requiring help to wake up, and her favorite foods are macarons. Her bandmates refer to her as "Nico". 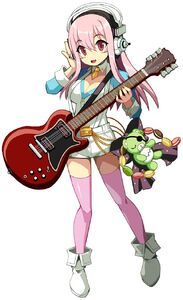 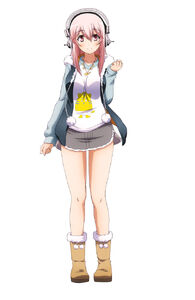 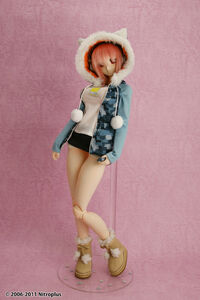 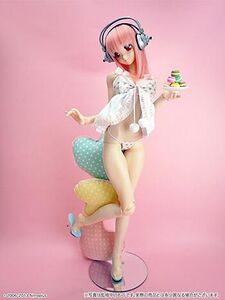 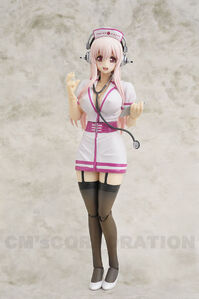 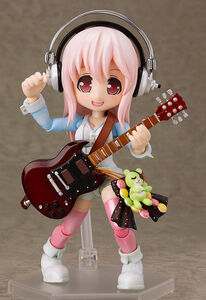 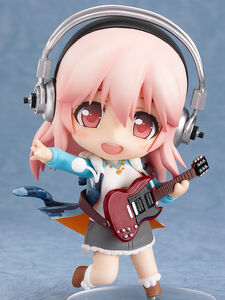 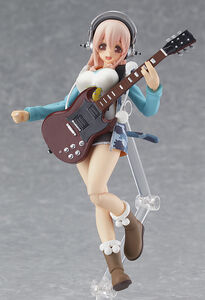 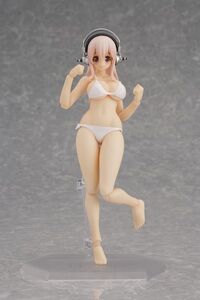 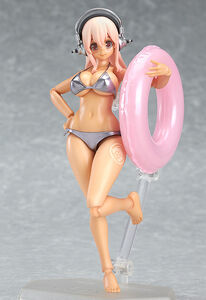 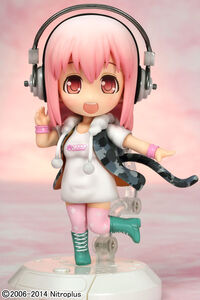 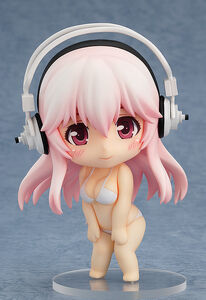 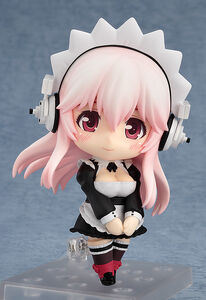