Leader of the Super Readers

Solve problems for his friends

Whyatt Beanstalk is one of the main characters and the titular protagonist of the animated series Super Why! He helps his friends solve problems that they go through by means of adventure in various well-known stories and fairytales. He is official leader of the Super Readers, and when transformed into his Super form, he becomes Super Why, in this form he possesses the power to "Read", and uses it to change major obstacles in stories to help give the protagonists a happy ending. He is voiced by Nicholas Castel Vanderburgh in the first season, Nicholas Kaegi in the second season, and Johnny Orlando in the third season.

Whyatt is a 10 year old boy with tan skin and short, brown hair, which appears to have a tuft of hair receding just off the center of his forehead.  His eyes appear bright blue.  His main outfit consists of a navy blue polo shirt with green sleeves and white stripes, khaki pants, and light brown, leather shoes.

As Super Why, his outfit is made up of a green bodysuit with a blue trim around the forearms and waist, a gold belt, a blue cap, and a pair of blue, two-toned turbo sneakers, which allow him to fly.  He wears a green mask as well. At the center of his outfit is the symbol for the Super Readers.

Whyatt is a friendly and helpful boy, being very determinate when faced with any dilemma. He presents very effective leadership skills and is very intelligent. Though despite his many perks, he does however make the occassional mistake. Compared to the other Super Readers, Whyatt seems to be the most serene, as he rarely gets upset or angry. He is very honest and courageous. He cares deeply about his friends and the problems they encounter, eager to assist them, showing his empathy for them. 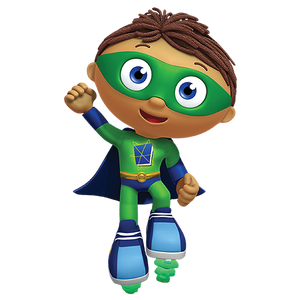 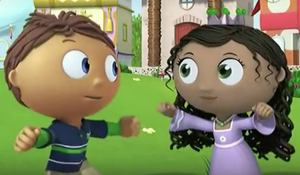 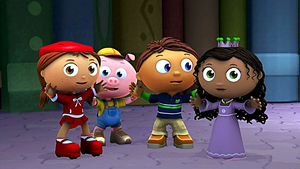 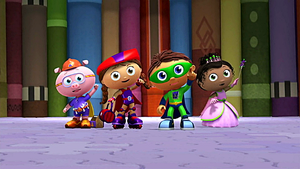 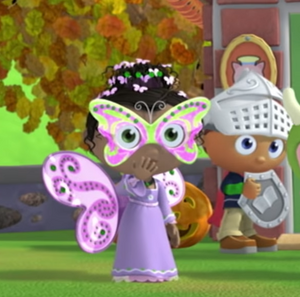 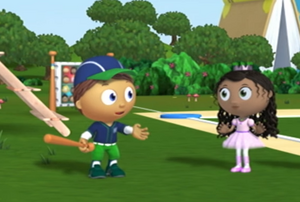 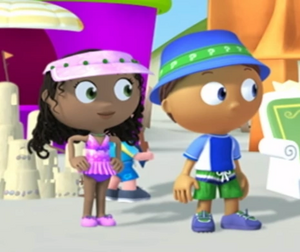 Retrieved from "https://hero.fandom.com/wiki/Super_Why?oldid=2051528"
Community content is available under CC-BY-SA unless otherwise noted.