Create his own legacy.

Otto Octavius was a nuclear scientist who created four mechanical arms to help in his dangerous experiments. When a freak explosion caused his tentacles to be fused to his spine, Otto went insane and began his own wave of crime. Each time he was stopped by Spider-Man, making them deadly foes.

His tentacles were made of adamantium, and had the strength to crush materials stronger than a block of cement. They were telescopic and could stretch over 20 feet. The arms could be used for walking, lifting or throwing heavy objects, or climbing. Octavius could telepathically control the arms, even when they were not connected to him.

After his first few defeats at the hands of Spider-Man, Doc Ock contacted several other super-enemies of the web-slinger, (Electro, Sandman, Vulture, Mysterio, and Kraven the Hunter) to form the Sinister Six, to trap and destroy Spider-Man. Even this plan failed however, and Ock and his cohorts were once again imprisoned.

Octavius continued to be a thorn to Spider-Man, and concocted many schemes that often involved taking over the world and/or forming a different version of the Sinister Six. One of these schemes was his taking on the guise of the Master Planner, a mysterious crime lord.

Doc Ock has mostly battled Spider-Man, but has also had run-ins with other heroes such as Daredevil and Iron Man. Ock once even led a version of the Masters of Evil against the Avengers.

In the recent comics, Otto's body has begun to slowly shut down, due to his being a normal human and dealing with years of beatings from Spidey and other superheroes. He now has a special armored suit that keeps him alive. He also added four more mechanical tentacles to his suit and upgraded them to reach longer and be more powerful all around. However, he now knows that he has not much longer to live, and wishes to end his life in a meaningful, if not diabolical way. After bringing together his final Sinister Six (Electro, Sandman, Rhino, Mysterio, and Chameleon), Ock plans to hold the world at ransom by multiplying the effects of global warming via satellites and offering to reverse it completely, eliminating global warming altogether if the world complies to his demands. This event is known as "Ends of the Earth". He also switched bodies with Peter Parker's which leads to the final showdown with Paker Paker and became the new Spider-Man.

After Peter Parker "died", Otto Octavius became the new "Superior" Spider-Man. One of his first actions, after upgrading the spider suit with computerized lenses, was to break into an old base which he had established during his time as Doctor Octopus. The bases's defenses were coded to his original DNA, which he no longer possessed due to the body swap, and identified him as an intruder. It was during this battle that he had an epiphany that no matter how brilliant he had believed himself to be, Peter Parker had always defeated him. Spider-Man had always thwarted Doc Ock. Destroying his creations, Otto left the base and fully embraced his new role as Spider-Man.

The new Spider-Man battled a new Sinister Six (Boomerang, Overdrive, Shocker, Speed Demon, Beetle, and Living Brain). Later he went on a date with Mary Jane, though she noticed changes in him like drinking alcohol. Peter/Otto defeated the new Sinister Six at Horizon Labs in a swifter, but more aggressive manner. When he was preparing to kill Boomerang he was stopped subconsciously by Peter's mind, still alive in his head. Otto gave the villains to the police upon their arrival.

J. Jonah Jameson asked him to help Carlie Cooper with investigate the crimes committed by Vulture's gang. During his journey to Vulture's hideout, Octavius remembered forming the Sinister Six, but was not aware that he enabled Peter to explore his own memories. Octavius confronted Vulture and attempted to bribe him with money to give up crime. Vulture refused the offer from him and had his henchmen attack. Spider-Man discovered the henchmen were children; and recalled his own childhood abuse. Octavius attacked Vulture in a rage until he was subdued. Carlie arrived to find Vulture's brutally injured body, leading to her to become suspicious of Spider-Man's new change of character.

Octavius decided to become more efficient and utilize thousands of Spider-Bots to patrol the city thereby getting to crimes that Peter never could in his life. Meanwhile, Massacre fled from Ravencroft, killing Ashley Kafka and the other doctors in the process. After enrolling at Empire State University to get his doctorate, Otto learned of Massacre's escape and decided to pursue him. After rescuing hostages, Otto decided Massacre was beyond redemption and shot him point blank with a pistol despite pleas from Peter's "ghost".

When The Avengers caught wind of this, they began to worry over their companion, though Wolverine was quick to vouch for him due to the fact that just about everyone was pushed to a situation like that. However, when Octavius brutally attacked Cardiac, who had decided to steal gear used by Octavius previously to save a little girl's life, the Avengers decided to step in. Despite his actions, the Avengers could not find anything wrong with him and instead placed him on probation. Later, a second encounter with Cardiac had the vigilante reveal that he was stealing the equipment, delivering a pang of guilt towards Octavius, realizing what he had done. He quickly changed his tune and helped save the girl's life. As thanks, she gave him a small plushie she was carrying, her old one being replaced with a Spidey one.

However, Octavius' good feelings would go in another direction - the Avengers had missed a strange anomaly that Octavius had spotted and he knew what it was: Peter Parker. Realizing that Parker's memories had allowed a piece of him to survive, he figured it was time for a "Parker-ectomy".

Using a neurolitic scanner Otto attempted to get rid of Peter Parker, Peter attempted to fight back using his right hand which he previously was able to gain control of, before being restrained by the Living Brain. Otto started a mind-wipe, however Peter was able to withstand it, which made Otto decide to confront Peter directly.

While Peter was able to fight against Octopus thanks to the help of his family and friends, Octopus eventually used Peter's fears and doubts which were represented as many of his enemies and attacked Peter's allies. With Peter on the verge of defeat, Otto taunted Peter by saying how everything would soon end and Peter Parker would be no more, after hearing this Peter made a last attempt to fight back, saying he was more than just Peter Parker, before becoming Spider-Man by ripping his face like a mask. Surprised, Otto attempted to run, but was caught and overwhelmed by Peter, however when it looked like the fight had changed its course, Otto became his Spíder-Man alter-ego as well.

Otto and Peter fought until Otto finally got Peter to confess his real intention to stop Otto from saving the girl's life which was that he wanted to stop Otto from obtaining the neurolitic scanner, preventing Otto from finding him. Otto once again started the mind-wipe, leaving Peter to face his demise. After finally completing the mind-wipe Otto said "He's gone. And I? I... am... Free!"

After defeating Peter Parker, his Spider-Bots inform Otto about a new White Dragon and his thugs fighting Owl's gang. Otto takes down both gangs and brutally beats up White Dragon and Owl. Some thugs escape the fight and are rescued by men who bear the Green Goblin insignia. After the battle, Otto returns to Empire State University for his exam, he bumps into Mary Jane but shrugs her off. Mary Jane wonders why "Peter" left her like that. After this, Otto completes his exam and arranges a date with Anna. Later on during his dinner with Peter's family, Otto reveals his progress in earning his doctorate, but then Aunt May asks "Peter" to stay away from Spider-Man due to his now ruthless attitude, which also sparks an argument between J. Jonah Jameson and J. Jonah Jameson Sr. Otto leaves to his date with Anna where during their conversation, she accidentally trips causing Otto to catch the dry ice that almost fell over her. Thankful for saving her, Anna embraces and kisses Otto, but he's later warned by his Patrol App.

Otto is learning in a class at Empire State University reflecting about how in spite of defeating Peter Parker once and for all, he now has to endure the hardships he faced since he failed to get his doctorate. While conversing with Anna Maria Marconi, Otto receives an alert on his cell phone prompting his teacher Don Lamazze to burst into anger because of "Peter's" arrogance. Otto answers the phone call which was from his direct line with Mayor J. Jonah Jameson who asked Spider-Man to supervise the execution of Alistair Smythe the following day believing that he will have an escape plan. Mayor J. Jonah Jameson arrives at the Raft for a final inspection before Alistair Smythe's execution. Mayor J. Jonah Jameson is told that all of the Raft's inmates will be transferred once the Raft is shut down, highlighting the infirmary where Boomerang, Vulture, and Scorpion are being attended. 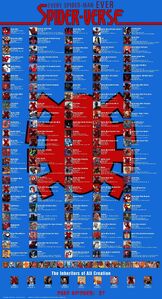 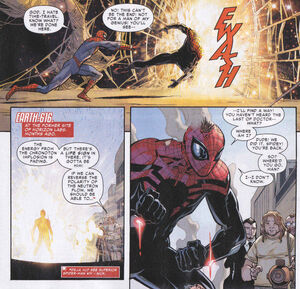 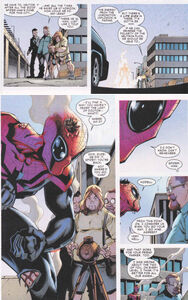 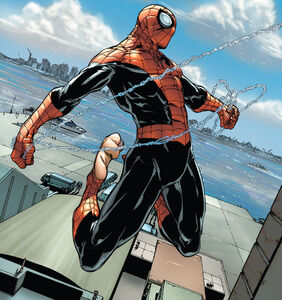 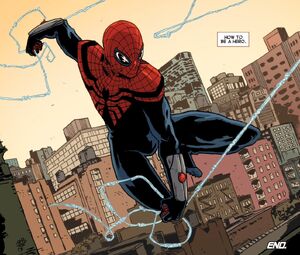 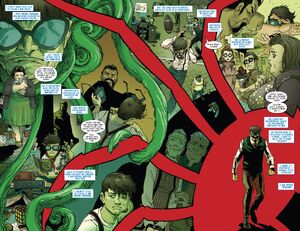 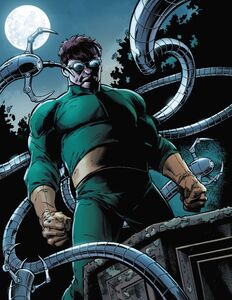