Controlling the Force of Nature

To save the Digital World and defeat Lucemon (succeeded)

Immortal Being
Susanoomon is the legendary hero in Digimon Frontier and alter-ego of Takuya and Koji combined.

He resembles the DNA evolution of EmperorGreymon and MagnaGarurumon.

Susanoomon appears for the first time in the episode "The Koichi Sacrifice". When Koichi sacrifices himself to save the others from Lucemon Chaos Mode, the boy entrusts his Digispirit of Darkness to his brother Koji. Takuya and Koji then join together all the twenty Digispirit and become Susanoomon, born from the Legendary Digievolution Spirit. In this form, the two fight against Lucemon Chaos Mode, whose attack, which had previously eliminated Koichi, is canceled due to separation in humans and Digispirit before it can take effect. Susanoomon then uses his Celestial Blade and defeats the Digimon, scanning and acquiring the positive part of his Digicode.

Unfortunately, the negative part of his Digicode manifests itself in the enormous Lucemon Shadowlord Mode, which continues to try to penetrate the human world. Defeated in their minor forms, the Digiprescelti lose hope, until the Digispirit themselves, together with the Angelic Digimon, manifest themselves to infuse them with courage and strength. All five together, Takuya, Koji, JP, Zoe and Tommy, digivolve together to form Susanoomon once again. Susanoomon manages to penetrate Lucemon's Gehenna, a dark sphere in which Lucemon Larva is hiding. In the final battle, Susanoomon manages to tear apart the Gehenna and destroy the body of Lucemon Shadowlord Mode. Taken by surprise by the attack of Lucemon Larva, however, the Digispirit project the Digiprescelti outside of Susanoomon. Then retrieve the sword from the ZERO ARMS: Orochi and, dividing into the Human-type forms of the Ten Legendary Warriors, destroy Lucemon once and for all.

This God Man, who rules over creation and destruction, is based on the strongest known god in Eastern legend. It is said that when a network system descends into chaos, it will descend, erase the existing network, and create a new one. Its special attacks are "Ama-no-Habakiri", which slashes at everything that exists in the entire world with its "ZERO-ARMS: Orochi" light sword, and "Yakusa-no-Ikadzuchi", which aims its "ZERO-ARMS: Orochi" into the heavens, making it fire down destructive bolts of lightning across the land. 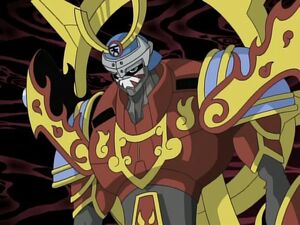 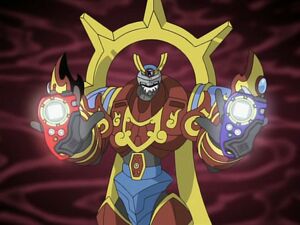 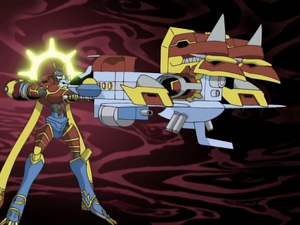 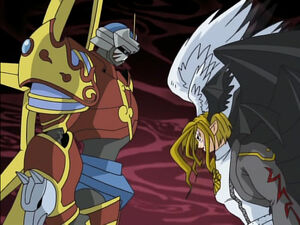 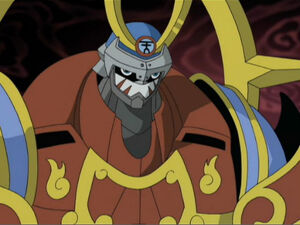 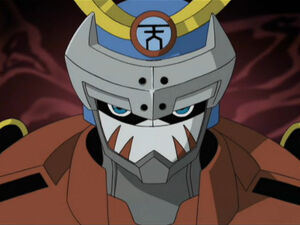 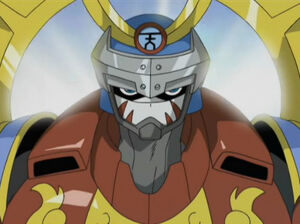 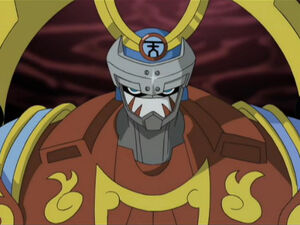 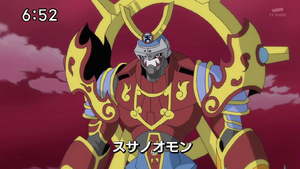 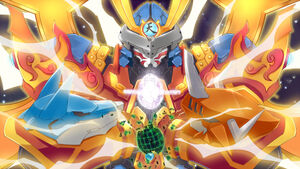 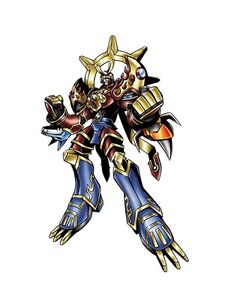