Pure Good
Susanna "Susie" Carmichael is one of the supporting characters of Rugrats and All Grown Up!.

She is voiced by Cree Summer who also voiced Penelope from Barbie as Rapunzel, Kim from The Care Bears Movie, Valerie Gray from Danny Phantom, Abigail Lincoln from Codename: Kids Next Door, Cleo from Clifford the Big Red Dog, and Elmyra Duff from Tiny Toon Adventures.

Another child capable of talking to both the adults and the babies, Susie often serves as Angelica's rival and bullying foil, but the two are actually really close friends. She is kind, compassionate and trusting.

She often wears a bright colored jumper and shoes similar to Angelica's outfit.

Susie is African-American (the only one of the core Rugrats of that ethnicity) and was added to the series during the third season (episode "Meet the Carmichaels"). Despite being one of the two pentagonists, she appeared less frequently than the other Rugrats. 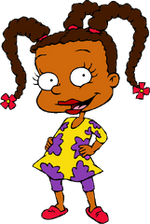 All Grown Up Season 1 Susie Carmichael 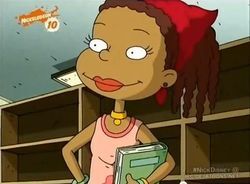 All Grown Up Season 2-5 Susie Carmichael 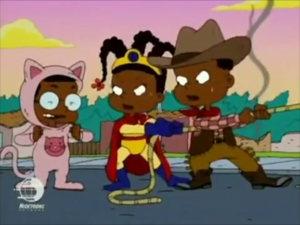 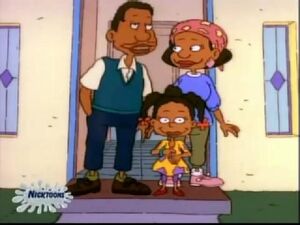 Retrieved from "https://hero.fandom.com/wiki/Susie_Carmichael?oldid=2064397"
Community content is available under CC-BY-SA unless otherwise noted.