Heroes Wiki
Register
Don't have an account?
Sign In
Advertisement
in: Article stubs, The King of Fighters Heroes, Female,
and 32 more

Collecting fingerprints from good-looking men; play the piano and other musical instruments.

To protect the world from NESTS and evil threats.

Sylvie Paula Paula is a heroine making her debut in The King of Fighters XIV.

One of the last remnants of NESTS, Sylvie was considered useless by the secret society until the day she demonstrated her electromagnetic powers. After the cartel's collapse, she was scouted by future employer Antonov during an underground fighting event and was later hired along with Mian and Kukri as part of his Official Invitation Team.

Sylvie is a cheerful and innocent, yet strange and childlike individual. It has been suggested that her personality has been affected as a result of her powers or the experiments performed on her to bring about said abilities. She considers the objects she wears and a voice inside her head as her "friends". She can take matters seriously and is trying to overcome her past trauma. She fears her former NESTS seniors like Angel, afraid of being called "useless" or "junk", and feels a certain kinship with fellow NESTS experiment Kula Diamond. 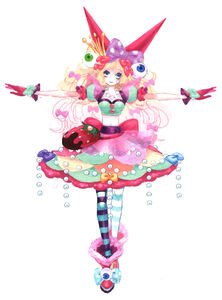 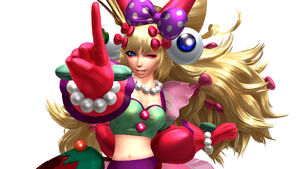